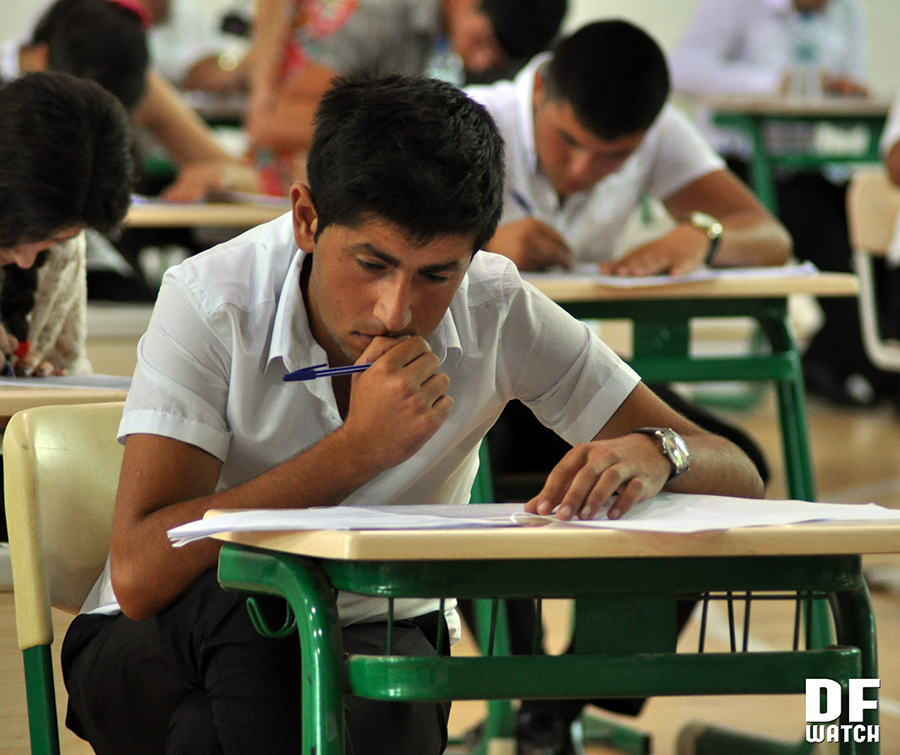 TBILISI, DFWatch–There are many obstacles to integrating minorities in Georgia, according to a new report published on Thursday by the Ministry of Reconciliation and Civil Equality.

Problems include access to information and education, not knowing the official language, problem with political engagement and civic activity, and discrimination by public officials.

The report sums up the implementation of the action plan for the national tolerance and civic integration concept, for the years 2009-2014. It offers a detailed review of Georgia’s legislation when it comes to protecting the rights of minorities.

Protection of minorities’ rights is regulated by the constitution and by other laws. Although there is a need to further improve the laws, the problem is the implementation of already existing norms and regulations, the report’s authors argue.

As an example, they draw attention to the recent adoption of an anti-discrimation law in Georgia, and list laws and regulations that prohibit discrimination on the basis of belonging to a  minority. These laws weren’t able to prevent religious conflicts in 2012 and 2013 in Nigvziani, Tsintskharo, Samtatskharo and Chela, the report continues.

What happened in most of these places was that Muslims were being prevented from praying. In the Chela case, they were prevented from installing a minaret on the mosque, even though the majority of the population in that village are Muslims.

The latter conflict was resolved after a few months. https://dfwatch.net/minaret-back-up-in-georgian-village-chela-79904

The ministry’s report says another problem is that a number of threats, disturbances of religious rituals, persecutions and hooliganism for religious reasons have not been followed up by the legal system and offenders have not been held to account.

“Inadequate, ineffective and discriminatory action by the government has become the major reason that harassment on religious grounds against Muslims has become a regular occurrence,” it continues.

The report lists a number of problems in terms of education and specifically access to education for minorities. Access to pre-school education remains one of the biggest problems in Georgia, not only for minorities, but generally, as according to the most recent data, which are from 2006, only 55 percent of children attend pre-school facilities.

The number of such institutions fell slightly in 2013 as well. Among the reduced number of schools that were partly or wholly non-Georgian language, those that use Russian is on top and closing Russian-language facilities raised the issue of access to education for Russian speakers in a number of regions.

Another issue is that the level at which Georgian is being taught in non-Georgian facilities is very low, as well as the level of translations of text-books into different languages. The text-books also contain discriminatory content.

In most cases, text-books in schools do not reflect the ethnic and religious diversity in the country and are not free of stereotypes, according to the report.

Its authors point out that there have been taken a number of positive steps in terms of access to education for minorities, however serious errors still remain and it is important to plan and implement educational reform in order to make the education policy contribute to integration of ethnic minorities.

The authors also looked at access to information and found that it is problem for minorities to get information about current events in Georgia in a language that is clear to them. There have been several national and local channels which provided reporting in different languages, but they had low rating due to a restricted distribution area and low broadcasting quality.

Despite having the opportunity to receive information, people still didn’t receive enough information, a problem which the experts see different reasons for: It may be their lifestyle being locked in a narrow area and not being interested in current events in the country; but on the other hand, ethnic minorities have a low level of trust in the national broadcasters, because if they report anything about minorities, it is usually something negative, like crime, and in most cases the reports are not objective.

Another issue is reporters and reports that are discriminatory and filled with hate speech in the Public Broadcaster and other media outlets, including newspapers and online media, among which newspapers are most filled with xenophobic insulting statements that contribute to the spreading of stereotypes towards minorities.

Drawing on their findings, the authors recommend improvements in five main areas: Providing access to national broadcasting in regions populated with ethnic minorities; translation of programs into different languages for more access to information; reporting about ethnic minorities and inviting them on programs and providing more participation; supporting Internet and print media’s reporting in different languages and supporting the establishment of tolerance and cultural pluralism in media.

The report also underlines the issue of marginalized ethnic groups in Georgia, which are Roma people, about 1,500 people, a migrant Kurdish-language population of about 700 people, Moldovans – about 1,200 people and Doms, one subgroup of Roma people having its own ethnic identity, of about 500 people. Most of them do not have identity documents or birth certificates, which create many problem for them.

As earlier reported by DF Watch, Roma families and mostly children are having problem with not getting their certificates, but the government has started to help them with this. https://dfwatch.net/hard-luck-if-you-are-a-roma-in-tbilisi-82066 The rest of the marginalized group still face this problem.

There are eight representatives of ethnic minorities in this parliamentary assembly, while there were six in the previous parliament, 12 in 2004-2008 and 16 in 1998-2004. DF Watch recently held a discussion with representatives of NGOs working with minority issues who discussed the problem of involving minorities more in elections. https://www.youtube.com/watch?v=AbUudqlcbGM