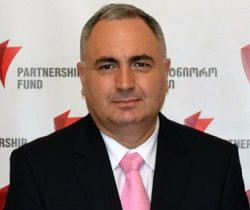 TBILISI, DFWatch–An Israeli company plans to build a new factory in Georgia with the goal of producing parts for Boeing, Airbus and Bombardier passenger planes.

The construction of the ‘high tech and modern’ aviation plant will begin in three months, Economy Minister Giorgi Kvirikashvili said on Monday.

When completed, it will employ 300 locals.

He met the same day with representatives of the company, Elbit Cyclone, and the Georgian government’s Partnership Fund, which also takes part in the initiative.

The fund’s director Irakli Kovzanadze said on Monday that one of goals of the project is to encourage the development of high tech manufacturing, which will set an example for other large brands to develop their business in Georgia.

USD 85 million is to be spent on the construction over a period of three years, and when completed, it will produce parts like doors, aerodynamic surfaces, and control panels.

The project is willing to employ 300 locals who will be trained by specialists from Israel and the plant will export 100 percent of the produced product.

Elbit Systems Ltd is the company which Georgia purchased forty spy planes from before the 2008 war, according to former President Mikheil Saakashvili.

The contract for buying the spy planes of the type Hermes 450 was signed the year before.

At least three (Abkhazia claimed eight) of the unmanned aerial vehicles were shot down while conducting surveillance flights over the disputed territory Abkhazia. One of the incidents, on April 20, 2008, led to a serious crisis and was discussed by the UN Security Council.

Later, WikiLeaks published information indicating that Russia had received the codes of the drones from Israel, which enabled their military to break into the control system of the devices.