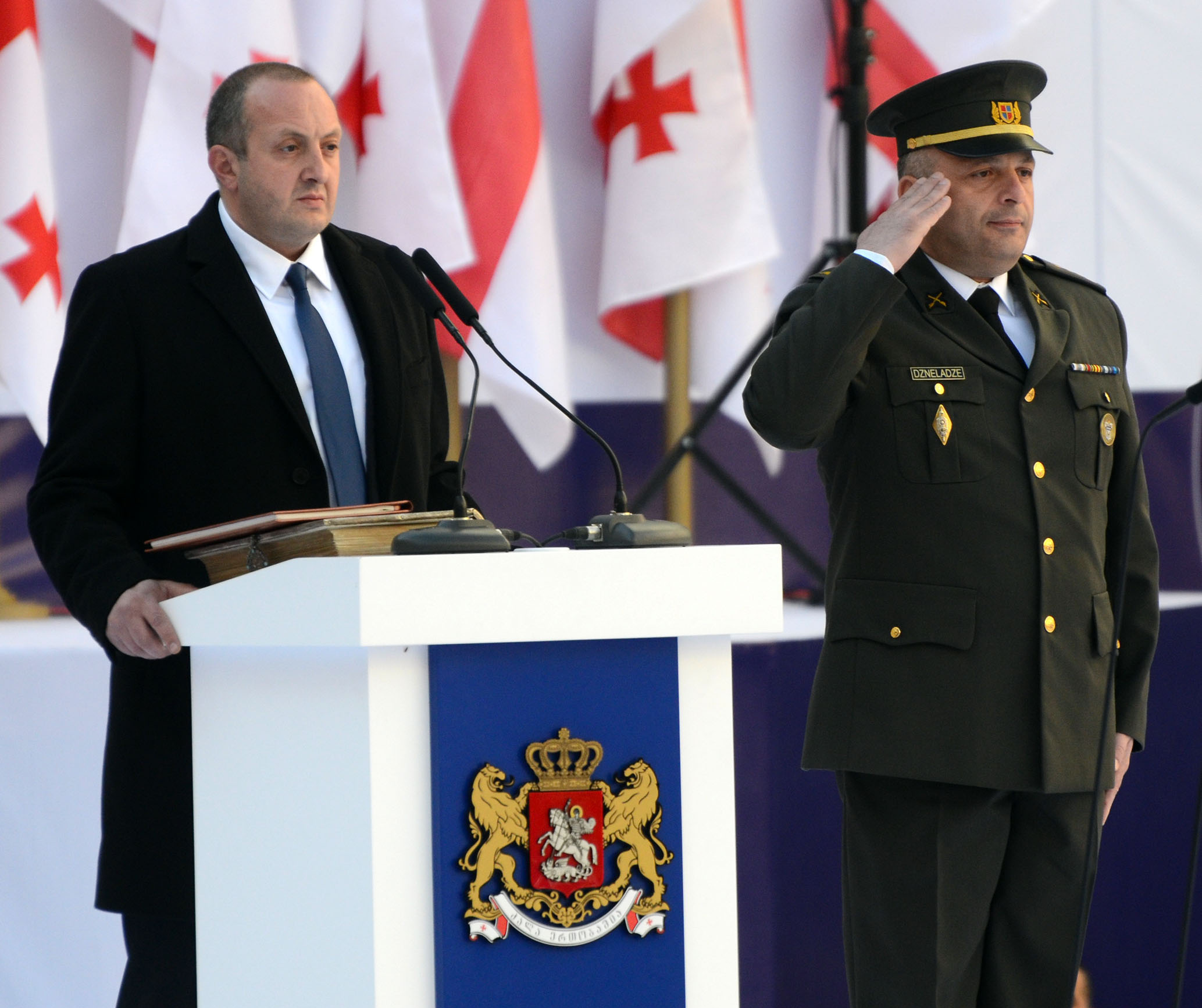 President Giorgi Margvelashvili has instructed the majority in parliament to form a new government. (Interpressnews.)

TBILISI, DFWatch–With the inauguration of Giorgi Margvelashvili as president on Sunday, the government is now suspended, but continues as an acting government until parliament has confirmed a new government that will be presented by the president.

Parliament will then be asked to declare trust in the new prime minister and government. Interior Minister Irakli Gharibashvili will be proposed as new prime minister, replacing Bidzina Ivanishvili, who plans to get out of politics and instead work within civil society.

Gia Tsagareishvili, a member of parliament from the Georgian Dream coalition, which Margvelashvili and the government belong to, told journalists on Sunday that from Monday they will start implementing the work schedule.

“We will gather at the office of Georgian Dream, where we will present the candidacy of Irakli Gharibashvili to President Giorgi Margvelashvili,” he said, adding that the session of the bureau will be held at 18:00 during which they will start discussing the issue to declare trust in the new cabinet.

“We continue work. These days will be very busy,” he said.

Speaker of Parliament Davit Usupashvili said that the parliamentary committees will probably listen to speeches by candidates for other minister posts on November 19 and a ballot will be held the same day to approve the new government. Parliament has asked the president to appoint a special session on November 20.

Usupashvili said that on Tuesday, there will be meetings between the parliamentary opposition and majority. He explained that before the ballot, the candidate for prime minister will present the new government and government program to MPs.

The speaker said the new president has issued his first decree, which instructs the former prime minister and the government to continue to function until a new one has been confirmed.

“Now it is the parliament majority’s turn, which must officially select a candidate for prime minister and present him to the president,” he said.

The president will instruct this candidate to staff the government, which will come to parliament and present themselves to MPs.

On Wednesday, the candidate for prime minister will present the government and new program after which a ballot will be held.