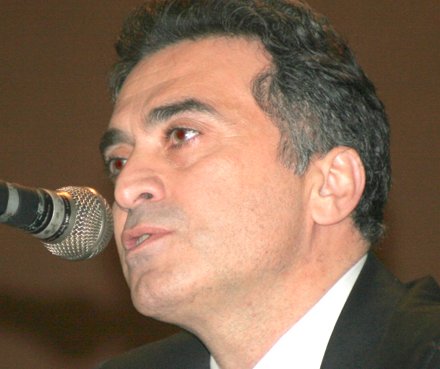 The lawyer's association has found many gaps in the system. "The current Criminal Procedure Code is incompletely regulated and the court practice is not properly developed in this respect,” says its leader Zaza Khatiashvili.

TBILISI, DFWatch – It is one of Georgia’s most touted reforms abroad, but now lawyers who have experienced it in practice warn that the overhauled Criminal Procedure Code of 2010 isn’t working.

The reform saw deep involvement by top legal expertise from the EU, US and individual countries like Norway. The aim was to fine tune the rules to guarantee that an individuals’ rights are respected when the police arrest a person for a criminal offense.

The Georgian Lawyers’ Association says these factors cannot provide for a just and transparent court and they demand that these principles are changed.

“Too many gaps have already been identified. The current Criminal Procedure Code is incompletely regulated and the court practice is not properly developed in this respect,” Zaza Khatiashvili, the head of the lawyer’s association says.

Now the organization is proposing a bill with further amendments, as a way of solving these problems.

According to Soso Baratashvili, a member of the lawyer’s association, usually government bodies don’t share evidence with defense lawyers; the court refuses them to request the evidence, because there is an article in the code according to which the defense lawyers cannot ask for what is called search and removal.

In addition, the defendant is not given the preliminary report about witness interrogation, and because of this, the lawyer says, the cross-examination is in fact impossible, because the Prosecutor’s Office knows what the witness will say, while the defendant’s side doesn’t.

“That’s why we demand that the witness interrogation report is recognized as evidence in case if it is transferred to the defendant’s side beforehand, so that both sides would have the information during interrogation,” the lawyer’s association explains.

Soso Baratashvili says they basically have unequal conditions in court. He says the main problem is about the competition of the sides, and the association’s criminal law committee has been working on how to improve this situation.

The lawyer explains that according to current practice, if the defense lawyer for some reason doesn’t show up at the first session, then the court directly appoints a public attorney, who usually fulfill the orders of the prosecutor’s office or the prosecution guidelines and betray the defendant obligation defined by the law about the lawyers and the ethics code.

In addition, they consider it a problem that someone can be found guilty on the grounds of indirect testimony.

“The current Criminal Procedure Code allows finding a person guilty on the grounds of indirect testimony. The decision of the European Court is the following, that it’s not allowed to let single evidence become the grounds for finding a person guilty. A complex of evidence is needed. But according to our procedure code, there is no discussion about several evidence, but only single indirect testimony. It means that by European standards we are at a very low level,” says Nino Gvenetadze, member of the lawyer’s association. She remarks that finding a person guilty on the grounds of indirect evidence is only possible if these testimonies can be proved through looking at the factual circumstances.

“Often a plea agreement signed with a person who is accused under criminal law is considered as ground for recognizing one guilty, and a verdict of guilty is given on the grounds of this agreement. The reason such a practice is flawed is that the accused is deprived of the possibility to interrogate another who is accused in the case as a witness, which will expose him and then this way check the reliability of the testimonies given by this other accused,” Alexandre Baramidze, member of the lawyer’s association, says.

The lawyers explain that one more defect of the current procedure code has is that the lawyer doesn’t have the right to appeal the judgments and the court verdict connected with the usage of the suppression measures of his client. This is a strange restriction and creates a number of practical difficulties for the defense lawyer and illegally restricts the rights of the defendant’s side.

They also say that the excessive restrictions regarding audio and video recording and broadcasting of court sessions prevent media from properly covering court cases. Finally, society is deprived of the possibility to properly have control over what’s happening in the justice system.

Now the lawyers present their proposed changes regarding all these problematic issues, which they say, are preventing the realization of just courts, and will present their bill to parliament for review in the near future.