Negotiations in Kazreti, the Georgian village on strike

Negotiations in Kazreti, the Georgian village on strike 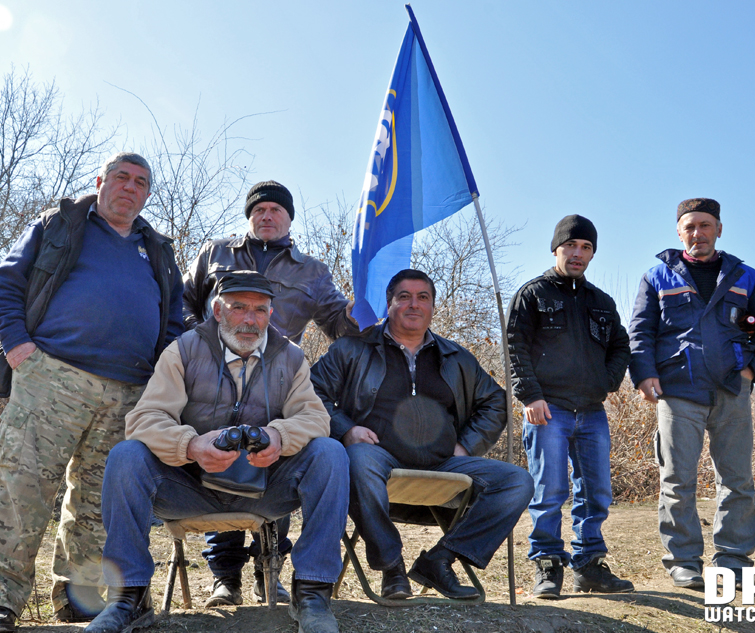 The strike began February 14 and is to demand better work conditions and rehiring workers who were fired. (DF Watch.)

TBILISI, DFWatch–Negotiations have started in a Georgian village where the population has been on strike to protest the treatment of workers in the gold mines.

A mediator appointed by the Ministry of Health held a first round of negotiations in Kazreti in the southern part of Georgia. The strike which began February 14, aims at getting those mine workers who were fired their jobs back.

Workers also want improved working conditions, increased salaries and to replace the management of the company where they work.

Lawyer Irakli Kandashvili was selected to be mediator between the workers and RMG Gold, the company which owns the mines in Kazreti.

The first round of negotiations was held in Kazreti on Monday, and was attended by representatives of the International Labor Organization (ILO), Paata Zhorzholiani from the Health Ministry and Beka Natsvlishvili from the government office.

Natsvlishvili said the government’s mediator will try to move the situation from protest to dialogue.

After meeting with workers, Kandashvili will meet with the representatives of RMG Gold in Tbilisi.

Workers’ demands are unchanged. They told journalists on Monday that they feel pessimistic about the mediated negotiations.

“They are rude people and I don’t think a dialogue will result from this,” one of the rally participants said.

People are continuing to protest outside at the entrance to the plant, holding posters and shouting slogans.