Negotiations between Saakashvili’s and Ivanishvili’s people

Negotiations between Saakashvili’s and Ivanishvili’s people 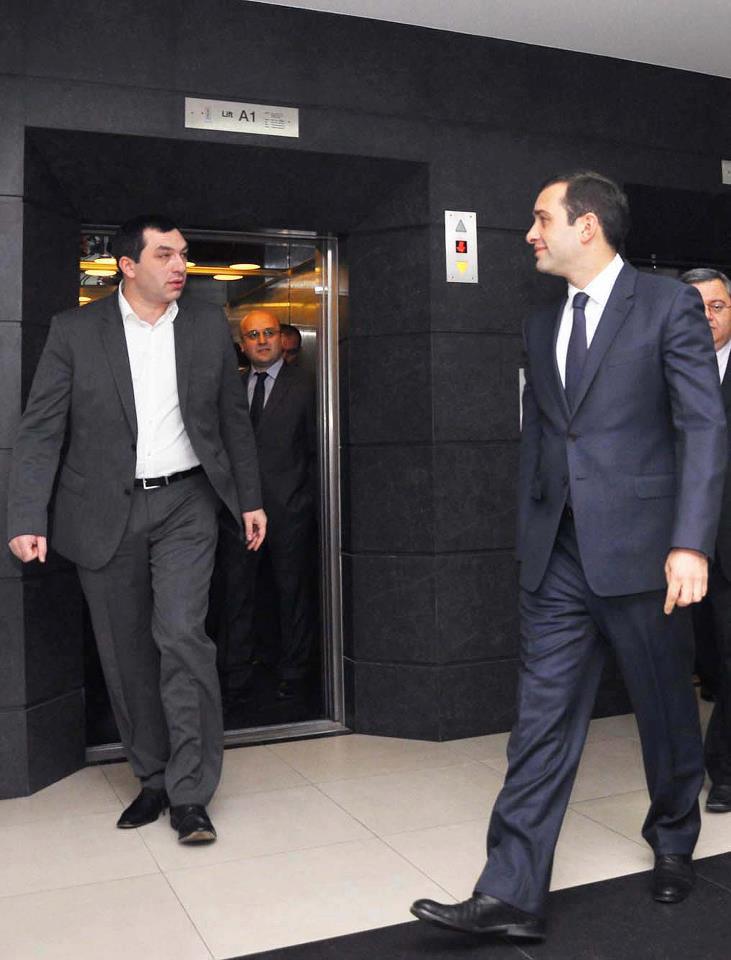 TBILISI, DFWatch — The winner of the aryparliament election, Georgian Dream, will from October 8 send representatives to each state body to start a  ‘peaceful transfer of government’ until a new government is formed.

This was one of the major decisions made at a meeting between government and the Georgian Dream coalition’s working groups, which was held on Friday.

“A meeting was held in a business, civilized atmosphere. The conversation was about all important issues which applies during the formation of our country’s democracy. We will continue this process to finalize the transfer of government within the constitution fast, peaceful and in a business atmosphere,” Giga Bokeria, Secretary of the Security Council said after the meeting. He is one of a handful of negotiators the government selected for talks with the Georgian Dream coalition.

He remarked that in those regards attitudes and goal of parties are same and he considers this positive.

Bokeria noted that since Monday working on certain issues will start and another meeting will be held.

Davit Usupashvili, leader of Republicans and member of Georgian Dream’s negotiation team explained that representatives of the coalition will get introduced with situation at different state bodies until formation of new government in order to have painless transfer process.

“We will also get engaged in Geneva talks and send representatives in each structures, including law enforcement body,” he said.

Yet he didn’t specify names of those persons.

Irakli Alasania, Leader of the Free Democrats once more confirmed that Bidzina Ivanisvhili will be Prime Minister and he will staff the government.

As for specific bodies and officials, Alasania explains that consultations will start on Monday on this issue.

He says today’s meeting was very important and constitutive start of a process called peaceful transfer of government. Bakradze explains both sides acknowledge own responsibility and are ready to have peaceful and constructive transfer process. As for specific personnel, he says next week will start consultations on this issue.

“Today it became clear clear that parties do not plan to create artificial problems for each other and government transfer will happen within constitution to provide peaceful future for our population,” Bakradze said expressing hope they will manage not to bring violence, but better future.

He also says that current government doesn’t plan to create any problems regarding specific minister candidates. Bakradze remarked that by current constitution president has authority in naming ministers for law enforcement bodies, but he explained current government won’t use this authority.