NDI’s survey and its influence on Georgian politics

NDI’s survey and its influence on Georgian politics 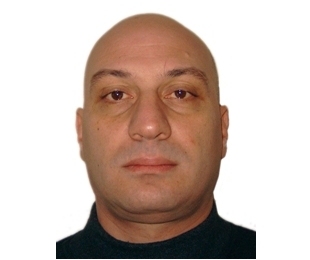 Nika Chitadze is a political scientist and commentator.

The survey which was implemented in March of 2012 in Georgia, by the one of the leading and authoritative organization in the World – The National Democratic Institute for International Affairs (NDIIA or NDI) has caused a hard discussion in Georgian society, writes commentator Nika Chitadze.

Several oppositional leaders, headed by Bidzina Ivanishvili and different NGOs and representatives of mass media condemned the results of the survey and expressed doubt about the competency of NDI and expressed suspicion about the possibility of a connection between this organization and Georgian authorities.

There are several reasons why something should be said about how senseless the position of the radical opposition is. Particularly, with regard to the NDI`s credibility, it should be mentioned, that NDI has very long experience of its activities for promoting democracy in the World. This organization was founded in 1983, shortly after the U.S. Congress created the National Endowment for Democracy (US fund, which finances different projects related to Democracy).

Furthermore, NDI has worked in 125 different countries and territories since it was created and its six main areas of work are citizen participation, election processes, political parties, women in politics, democracy and technology, and democratic governance.

Also, NDI’s programs are nonpartisan, and it works with various democratic and non-violent political parties and civic groups.

One other important issue which has to be pointed out is the fact that the Institute regularly researches and releases reports on global democratic political developments in cooperation with think tanks, NGOs, and civic organizations. It also has branches in more than 70 countries in Asia, the former Soviet Union, Latin America, Europe, the Middle East, and Africa.

With regard to the main reasons, that the NDI has no interest to fix a “pro-governmental” position during the survey is shown by the fact that according to the one of the questions in the framework survey, related to the attachment of the garbage tax to the electricity tax, 94% of the inhabitants of Tbilisi expressed a negative attitude to this decision by the local authorities (Tbilisi Municipality) of Georgia, or, for example according to the other question in the framework of survey, 45% declared that they are unemployed and are looking for a job. At the same time, according to government statistics, only 16% of the citizens of Georgia (representatives of the labor force) are unemployed. Logically, if there are analyzed these two results among the other questions, it can be concluded, that NDI objectively presented the disagreement of the important part of population of Georgia toward the employment and taxation policy of the Georgian authorities in this fields. If NDI would have been non-objective and “pro-governmental”, in this case it could somehow change those percentage data and present less number of unemployed, for example.

So, the results of the survey have shown, where the population justifies the policy of the government (democracy, foreign policy priorities etc. and where not) and where the steps of the Georgian authorities are not acceptable for society.

With regard to the anger of the radical forces of Georgia related to the results of the survey and their law rate, first of all they should criticize themselves and reach a conclusion as to why “Georgian Dream” got no more than 10%.

In this regard should be mentioned, that main reasons of the law rate of the coalition “Georgian Dream” can be explained by the following factors:

Since the declaration of the de facto leader of the coalition Bidzina Ivanishvili about his intention to go into politics in October 7, 2011, “Georgian Dream” has not presented any new idea about concrete policy of this political group related to the social, economic, legal, etc. issues, which has decreased the trust of the population, even who had and still has oppositional to the Government point of views;

The money of the coalition has been spent to the group of politicians and political parties, who have not high rate, and who were the part of “National Council” – political bloc, which was participating at the municipal elections and was known as pro-Russian force. First of all should be mentioned about “people`s” and “conservative” party;

Mr. Ivanishvili is regarded as a Georgian businessman, who obtained his capital in Russia and today still is the shareholder of the several Russian companies (including “Gazprom”);

Furthermore, to the “Georgian Dream” later has joined political party “National Forum”. People remember, that for example on November 25, 2010 representatives of “National Forum” were standing together with “People`s Council” and its leader Nino Burdzanadze – politician, who very often has visited Moscow and met with Vladimir Putin;

For the population, future voters was not and is not understandable, why so many former supporters of Shevardnadze and former corrupted people attended the presentation of the “Georgian Dream” in December 2011;

Agitation of the important part of the population of Georgia caused the declaration of the some member of the “Georgian Dream”, related to the killing of Georgian militaries in Afghanistan during the Saakashvili visit in this country, concentration of the “illegal armed formations” in the western part of Georgia, that only “sexually ripe” person with an appropriate income has the right to come to politics etc. Furthermore, for the important part of the population of Georgia is not acceptable the declaration of Ivanishvili related to how Georgia started the war against Russia, that the establishment of the economic embargo by Russia against Georgia it was the fault of Georgia, how Georgia should recognize Abkhazia and South Ossetia instead of Russia as the side of conflict etc.

With regard to the fact, why the rate of George Targamadze or Inga Grigolia is higher than that of the rate of Ivanishvili, it also can be explained by the fact, that first two leaders are more seen as politicians than Ivanishvili – businessman, who has not issued yet any serious political declaration. At the same time, Targamadze and Grigolia have long experience in politics, even during the period, when they worked as journalists, they were hosting many programs of the political character.

Finally, should be mentioned, that all political parties should make the conclusions from the results of survey and partly change their policy related to the different fields of the political activities.