NATO Summit in Chicago its Importance for Georgia

NATO Summit in Chicago its Importance for Georgia 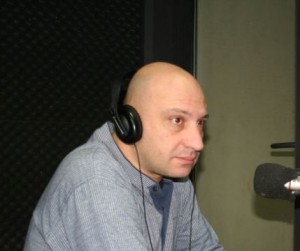 Nika Chitadze is a political commentator.

At the Summit of NATO, leaders of the NATO and non-NATO member states are discussing the next major phase of transition in Afghanistan, furthermore, related to the further steps to ensure that North-Atlantic Alliance has the capabilities necessary to meet the challenges of the 21st century, and one more issue is broaden and deepen its relationships with non-NATO partners, writes Nika Chitadze, political commentator.

This Summit is important for Georgia, taking into consideration, that Georgian delegation will participate at the three meetings among of four (one meeting of the North-Atlantic Council includes only NATO member states) and will be the only non-NATO member state in the World, which will be involved in the working sessions of the three meetings, where it is planned to conduct negotiations between NATO and partner states. Particularly, Georgia as an one of the main contributor in Afghanistan, will participate at the meeting, which will be dedicated to the ISAF operations, furthermore, at the second format under the formula 28+13, Georgia is the only country from the post-soviet space and central and eastern Europe, which will seat together with the delegations of the NATO Global partners, including such important countries related to their role in the World Politics as Japan, Republic of Korea and Australia, and main issue, that Georgia is presented at the summit as the aspirant member country of NATO and will participate at the third meeting together with three Balkan countries, who already have MAP (Membership Action Plan).

Discussing about the Georgia-NATO relations, it is important to mention, that at the draft of the Summit declaration, NATO welcomes the progress in Georgia related to the reforms in the different fields and requires more from the country related to the improvement of judiciary system and organizing free democratic Parliamentary and Presidential elections accordingly in 2012 and 2013.

Together with the issues, related to the reforms in Georgia, NATO also welcomes the fulfillment by Georgia the cease-fire agreement having been taken in August of 2008 and requires from Russia, to respect the major principles of International law related to the abolishment the illegal recognition of the “independence” of two regions of Georgia and withdrawal troops from Abkhazia and Tskhinvali district.

Furthermore, it is important to point out, that Alliance reaffirms the NATO Bucharest Summit declaration, where Georgia has received the guarantee, that it would become the member of NATO.

All above-mentioned factors once more approves, that NATO pays very important attention to cooperation with Georgia in the different fields.

If we analyze the importance for Georgia to deepen relations with NATO and perspectives of the Euro-Atlantic integration for this South Caucasus country, Georgia views NATO as an organization of collective defense that is the central mechanism for providing security and stability in the Euro-Atlantic area. Georgia’s cooperation with NATO contributes to strengthening of democratic values in the country, accomplishment of democratic reforms, especially in the field of defense and security, as well as establishment of a secure and stable environment. Membership of NATO would not only endow Georgia with an unprecedented degree of military and political security, but would allow it to contribute to strengthening the security of Europe, particularly the Black Sea region. Georgia has already proved its readiness to share the responsibility of the collective security by sending its troops to Kosovo and especially in Afghanistan.

If we ask the question, What specifically does NATO membership signify for Georgia? It can be presented the several views. Particularly:

The first view is that NATO membership is very effective tool for political and security reform. The second is that NATO is a club in which membership can and does favor state building. In this second view NATO membership is seen as a destination, to which a country can arrive only if it has completed a process of state building. The aspiration to join NATO raises the question “Where is Georgia headed”? The answer is toward assimilation with the Euro-Atlantic family of politically likeminded states.

For Georgia, NATO signifies a necessary tool to aid in building not just any state, but a democratic state. The standards for joining NATO are different now than they were in the 1950s. Georgia understands that the NATO integration requires real democratic development. Therefore, the democratic character of the state is paramount.

Georgia naturally suffers from an insecurity complex, especially after Georgia-Russia war in August 2008. It seeks a secure environment for its own existence and for the life and development of its citizens. NATO, primarily a security institution, addresses these needs and is considered as an umbrella or safe haven for small and week countries who alone cannot overcome security threats.

Other aspect why Georgia strives to NATO is to develop economic stability, NATO brings stability and security in the region and so it brings economic development. NATO also gives the framework for the International Security operations, In which Georgia is already involved.

Georgia has shown convincing performance in both, reforming its military forces and contributing to international security. According to many experts, Georgia is ready to take its place as an essential member of the Euro-Atlantic community.

As NATO is making efforts to promote closer relationships with its partners, these partners also need to make their own efforts. For example, partners can participate in NATO peacekeeping operations and make progress in their own society on the values that NATO promotes, such as defense reform, defense restructuring, and fighting corruption. Georgia should be commended for a variety of initiatives on its part to work with NATO and to contribute to the relationship.

So what is the final answer to the question – Why it is so important for Georgia to join NATO? As it is known, Georgia is a new and developing state with some serious concern, which are: National security, territorial integrity, economic situation and employment. NATO is the organization which can ensure security of its member states by its political influence and military power. Stability that is consequence of security, is the basis of business development and economic progress. In addition, NATO is a mean for Georgia to make equal negotiations with Russia over Abkhazian and South Ossetian issue. Until then, Russia will always have an advantage because of the hard power it possesses. So it means, that membership in NATO is indirectly linked with those important issues and that is why, so many Georgians, realizing this connection, support NATO.

Another important question is – What are the interests of NATO in the region and what could be its role there? When speaking about NATO’s role, we should remember, that the main principle of the Alliance is to ensure security of the North Atlantic Area. If the Caucasus region is considered as European area, then it becomes logical that NATO should play an important role in the region that is also so sensitive to conflict and crisis. If NATO achieves stability in Georgia, this will be a big step towards the peace in the whole region.

It can be assumed, that situation is very complicated. There are too many discussions whether Georgia deserves to become the member of this organization. One is the fact, that for Georgia NATO integration is a tool for resolution of its territorial issues. If Georgian society really want to be a part of European security system, contribute into this system, then country has no other choice and it should to reach the main goal of the Foreign Policy and National Security of Georgia – join NATO.