NATO politicians on visit to Georgia

NATO politicians on visit to Georgia 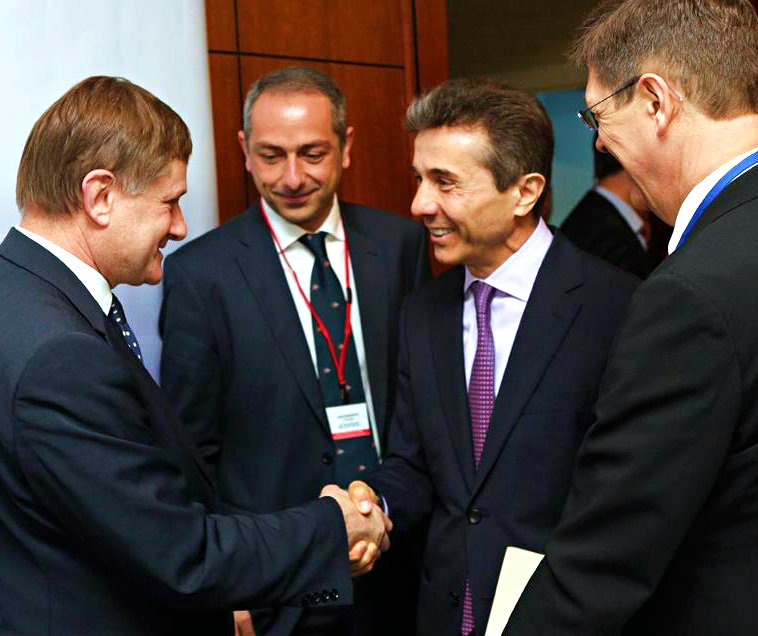 Hugh Bayley (left) shaking hands with then Prime Minister Bidzina Ivanishvili during a visit by NATO Parliamentary Assembly in May 2013. (Official photo.)

TBILISI, DFWatch–A group of NATO politicians are arriving in Georgia on Thursday, to meet Georgian politicians and non-governmental organizations (NGOs).

The delegation is headed by the president of the NATO Parliamentary Assembly, British Labour MP Hugh Bayley.

Travelling with him are Daniel Bacquelaine, leader of the Belgian Reform Movement, the British nuclear strategist David Hobbs and Portuguese lawmaker for the Socialist Party, Julio Miranda Calha.

The four of them will start their meetings on Friday at the NATO Liaison Office, where they are to meet with its chair William Lahue. Later they will meet with some of Tbilisi’s many NGOs.

Bayley will then meet with Speaker of Parliament Davit Usupashvili at Tbilisi Marriott Hotel, after which they will hold a joint press conference.

Last time the assembly visited Georgia was in March, 2014. The body held a seminar in Tbilisi in May, 2013.

NATO Parliamentary Assembly has been critical of the criminal cases against former Saakashvili era officials, and in November 2012 passed a resolution expressing concern about this.