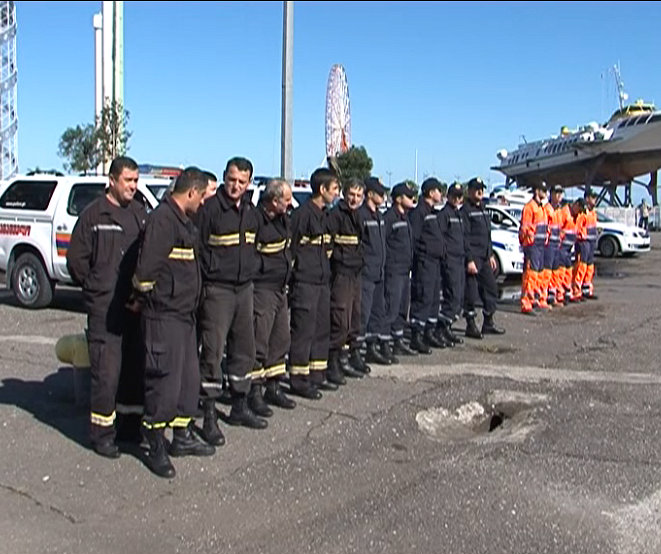 According to the Interior Ministry, three mine sweepers arrived in Batumi on Friday.

The aim of the exercise was to demonstrate and test the existing mechanisms of coordinated actions between the different agencies during crises situations.

The exercise was held according to a prepared scenario that took place on German Flagship “Mosel”, where the a fire was simulated.

Taking part in the exercise were employees from the Interior Ministry’s Coast Guard Department of the Border Police, Batumi Sea Port Administration and Security Service and Batumi Municipal Recue Service, as well as other units of the ministry, including “112” Emergency Response Center, Patrol Police Department and Rescue Training and Response Division of MIA Emergency Management Department.