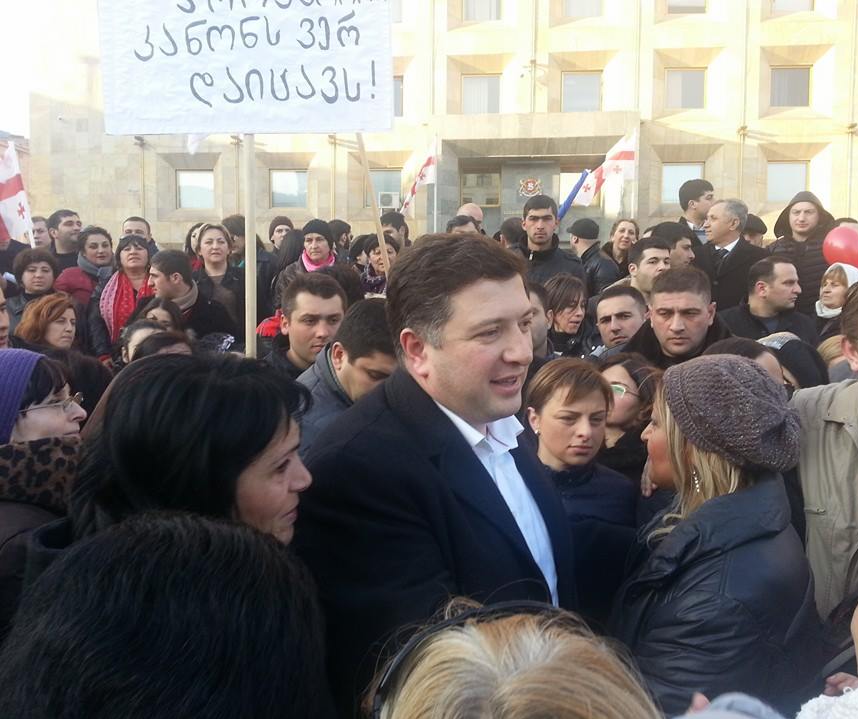 TBILISI, DFWatch–The National Movement on Saturday mobilized thousands of its supporters to protest the removal from office of the Tbilisi mayor.

UNM members believe that democracy is in danger in Georgia.

Apart from being against the suspension of Ugulava, who is facing trial for corruption, people also protested against the chief prosecutor, who was convicted in Germany.

Members of the UNM and their supporters gathered at the basketball hall at Vera Park, which is next to Tbilisi Concert Hall and then moved to the government office through Rustaveli Avenue, which was blocked for about one hour due to the demonstration.

“Democracy is in Danger” was the slogan of Saturday’s demonstration. People also brought posters which read “A robber prosecutor cannot defend the law” and “We choose democracy”.

At the rally there was seen the flags of Georgia, NATO, EU and Ukraine. UNM activists greeted other demonstrators outside the government office with white and red balloons, which were let into the sky at the end of the rally.

“Removing a mayor elected by the people in the middle of the night on the basis of pressure from a robber chief prosecutor is a fundamental problem, which goes beyond the United National Movement and Gigi Ugulava,” he said.

“This means that an election may lose its point and any elected official which this government doesn’t like can be dismissed at night.”

UNM members say they will continue to demonstrate after the holiday.