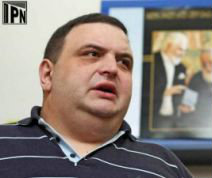 TBILISI, DFWatch–National Forum, a member of the ruling Georgian Dream coalition, declared Thursday its intention to run as an independent party in the parliamentary election this fall.

The Republican Party was the first of the parties in the coalition to declare that it was going to run independently in the election. Afterward, Prime Minister Giorgi Kvirikashvili said that the party Georgian Dream – Independent Georgia will also participate in election.

National Forum secretary Gubaz Sanikidze said on Friday that April 3, there is planned a party assembly which will decide whether the party will remain in the coalition, in majority.

“The Republicans and GD announced earlier their decision, and the agenda of our assembly will also change. It is too obvious, and we cannot hide that National Forum will independently run in the election. But the question is: will we remain in the coalition? If we won’t remain with the coalition, then we will leave the parliamentary majority. Parliament will find it difficult to work without a majority,” Sanikidze said.

The Republican Party declared on Thursday that they want to participate in the 2016 parliamentary election independently, but also that they do not plan to leave their cabinet posts and will remain in the coalition until the election.

Free Democrats, which was a member of the coalition but withdrew in 2014, said a few days ago that they do not plan to team up with any party and will also run independently in the election.