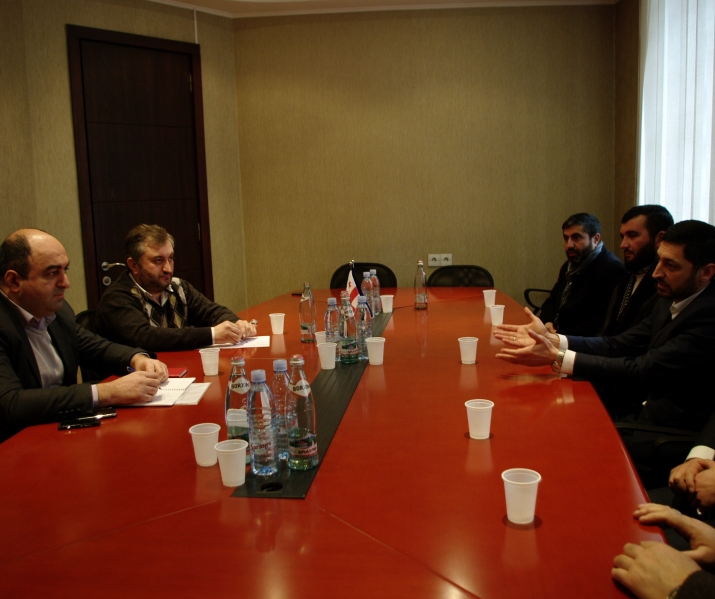 TBILISI, DFWatch–Muslims in Georgia say they are being pressured by law enforcement bodies.

Clerics from the Muslims community January 22 met with the Public Defender.

According to the Ombudsman’s office, the meeting dealt with problems they are experiencing and how to develop a Muslim organization in Georgia.

Clerics said that since the Administration of Muslims was created in 2010, law enforcers have been intervening in its activity. They mentioned one example: the appointment of a new sheikh on December 25, 2013.

Among the eight founders of the Administration of Muslims, one is not a Muslim at all, while the rest are not following Muslim rules and are former employees of government bodies. Representatives of the Muslim community therefore consider it unacceptable to have them involved in important religious issues.

“Muslim clerics say that it’s the same people who are looking after Muslim issues in law enforcement bodies who have done so from 2005, and these people used to ignore the Muslim community’s fair requests and in number of cases put pressure on them,” the ombudsman writes, continuing that this situation is against the principles of Islam.

During the meeting, the clerics also said their rights to freedom of religion are being violated and this is insulting to followers of Islam.

January 9, a session of the Administration of Muslims was held, during which two muftis were elected, instead of one. https://dfwatch.net/georgian-muslims-to-have-two-muftis-85534

Georgia’s Supreme Muslim Religious Department protested against a government-created religious body, such as the Administration of Muslims, appointing new leaders of the Muslim community.