Muslims in Batumi, Georgia apply to build one more mosque

Muslims in Batumi, Georgia apply to build one more mosque 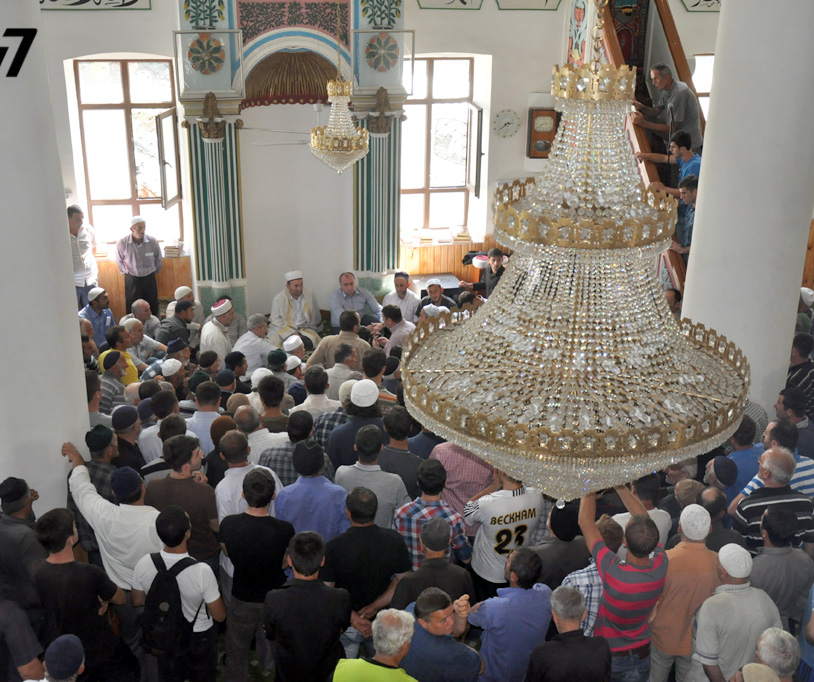 The mosque in Batumi. (Interpressnews.)

TBILISI, DFWatch–Muslims in Batumi have asked the central government for permission to build one more mosque in the Black Sea coastal city, as the one mosque they have is not big enough.

On Friday, people gathered and conducted prayers at the a deserted plot marked as the location of a future mosque on Bagrationi Street.

Tariel Nakaidze, head of the Union of Georgian Muslims, told Interpressnews that the new mosque will be built with Georgian architecture and ornaments and the construction will be financed by donations from the community.

“We have already prayed here. This is the land plot for the new mosque and no one can touch it,” he said, adding that they will present the construction project to the government and build it with financing from donations.

“We do not ask for money; however, we call on Orthodox Christians to donate too.”

The community emphasizes that there has been need for another mosque in Batumi for several years as the one they have is too small.

The government has not yet responded to their request.

Three thousand people took part in a protest march in Batumi in April 2012 against a planned mosque honoring the historic Turkish leader Aziz.