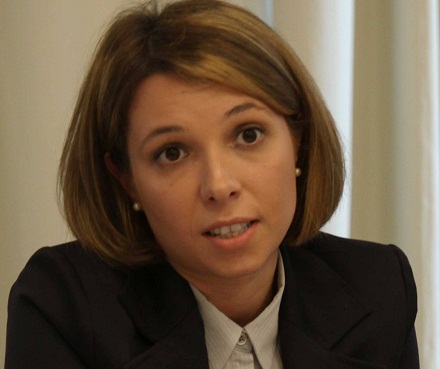 Nino Lomjaria, head of ISFED, says that in the last period, there has been frequent use of administrative powers, including administrative detention, a special form of coercion left over from the Soviet legal system.

TBILISI, DFWatch – An employee of a public library who was fired in June claims the reason was her political opinion. She openly says she sympathizes with the opposition Georgian Dream party established by billionaire Bidzina Ivanishvili.

The library’s director, Nargiza Chogovadze, claims that she has never been interested in her employee’s political views, and says that Tsira Kurashvili was fired as a result of an optimization process.

According to International Society for Fair Elections and Democracy (ISFED) there were observed 7 similar cases of firing for political opinions during the last month. There also was 17 instances of threats and intimidation, 4 of physical assault on political grounds, 7 of use of administrative powers, and 5 cases of bribery.

ISFED describes the cases in a new report, and concludes that the number of violent incidents has increased significantly during the election campaign.

Another report, written by the National Democratic Institute (NDI) and published on June 29, described the same trend.

NDI’s delegation was concerned about the growing political polarization and lack of constructive dialogue between political leaders.

“Political leaders should condemn the incidents of violence and call their supporters to collaborate in order to investigate the committed violent acts,” the report says.

Another case of political pressure was observed in Tetritskaro, a town in southern Georgia. The head of a cleaning service, head of an educational center and head of an art school declared to their employees that if they or their relatives attended a Georgian Dream rally, they would be fired.

Nino Lomjaria, head of ISFED, says that in the last period, there has been frequent use of administrative powers, including administrative detention, a special form of coercion left over from the Soviet legal system.

Four Ivanishvili supporters were sentenced to administrative detention. They participated in the scuffle in Mereti during a street fight while Ivanishvili was visiting the village, which is Georgian-controlled but lies only six kilometers from Tskhinvali.

“Unfortunately, we encounter situations where the court is not equal toward everyone,” said Nino Lomjaria.

The organization continues the election environment monitoring and plans to present its next report in August.