Miss China semifinal to be held in Georgia

Miss China semifinal to be held in Georgia 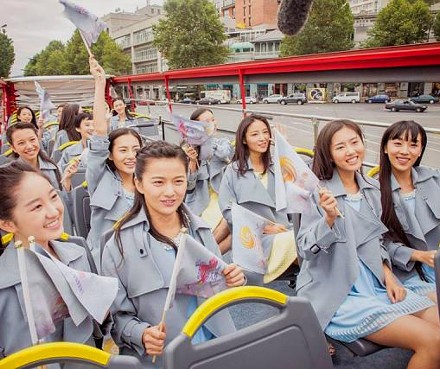 TBILISI, DFWatch–The semifinal of Miss China will be held in Georgia.

According to the National Tourism Administration, a team from Phoenix TV arrived in Tbilisi September 12 along with the girls from China and will be staying until September 22.

There are 16 participants in the semifinal, and which will be aired by the Chinese TV company Phoenix TV, which holds the rights to Miss Chinese Cosmos Pageant, one of the most popular events in China.

During their visit, participants will visit several parts of the capital and other sights in Georgia, and Phoenix TV will produce a film about their visit.

Participants have already had a tour of the old part of the capital.

The past ten years the event has previously been held in the United States, Australia, and European countries.

The Tourist Administration said the event will contribute to promote Georgia in China as a tourism destination.