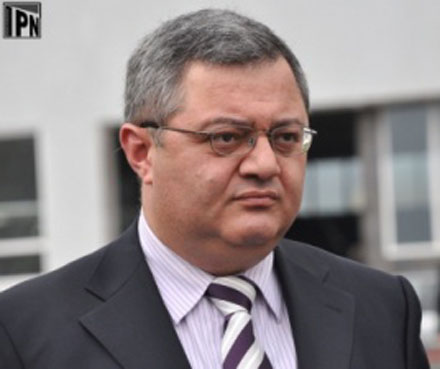 TBILISI, DFWatch–23 members of the European parliament for the European People’s Party are criticized for being either misinformed or else writing a ‘shameful’ letter to the prime minister of Georgia.

“That letter is a shame, or the MEPs didn’t know what they signed,” Prime Minister Bidzina Ivanishvili told journalists Tuesday.

He was talking about a letter published on March 6 by 23 EPP members in the European parliament, and addressed to Ivanishvili. The center-right representatives write: ‘If your efforts will result in deepening of the apparent democratic backsliding, Georgia would be compromised as democracy and seized from its European perspective.’

They criticize the current events taking place in the Public Broadcaster, as well as officials ‘using hate speeches and calls for violence.’

“We urge you, Mr. Prime Minister, not to step this way burying the European future for Georgia,” the letter reads.

Today, Ivanishvili vowed to write a ‘sharp and long’ letter in response and publish it one of the next few days. He said that the new government speaks with the EU in an understandable language because it isn’t afraid to speak the truth.

Already on Sunday, Ivanishvili’s ally, Speaker of Parliament Davit Usupashvili wrote a response to the 23 MEPs, in which he emphasized that he is chairman of the Republican Party, which was started in 1978 and ‘through illegal methods was trying to expand the aspiration to liberty and so to Europe in the population of Soviet Georgia.’

“I’ve number of times personally told some of you and now I repeat – establish high European standards and judge us by those standards,” Usupashvili writes. “We really need this to be free from post-communism, but do not establish Saakashvili and his regime as a meter for those standards, as this is insulting to Europe.’

In response to the accusations about violence and violations of democratic principles, the speaker says that hundreds of thousands of people conducted several demonstrations without breaking a single window anywhere, and those people demanded to punish ‘the creators of violence, torture and elite corruption.’

“Can you name a single case of the Georgian prime minister inciting anyone to violence or using hate speech towards minorities?” he asks, and then evokes the memory of some phrases often heard from members of President Saakashvili’s National Movement when they attack Georgian Dream: ‘mummies’, ‘Kremlin spies’ and ‘enemies of the state.’

“If those are your standards of democracy and you speak of Europe based on such standards, we are not familiar with this type of Europe and we do not seek such a Europe,” he writes, adding that it is not enough to live in Europe to be committed to European standards, which is proved by the EPP MPs’ letter.

Davit Usupashvili thinks that those MPs live in Europe but are separated from Europe by supporting ‘the police regime of Saakashvili.’

Prime Minister Ivanishvili said he agreed with what Usupashvili wrote, but will write his own letter soon.

“Davit Usupashvili writes well and that’s why he responded to this letter, but the main points of his letters were done by me,” he said.