Minister of education and science replaced, still remains in ‘the team’

Minister of education and science replaced, still remains in ‘the team’ 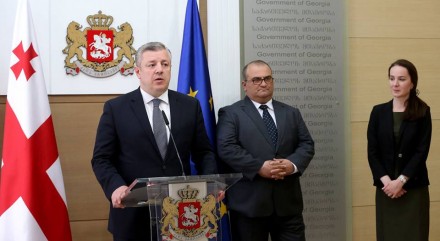 Tbilisi, DFWatch – Prime Minister Giorgi Kvirikashvili Friday announced resignation of the Minister of Education and Science, Tamar Sanikidze, and introduced a new candidate to the post, Aleksandre Jejelava, the Chairman of Management Academy.

Kvirikashvili thanked Sanikidze for the reforms carried out in education system and said she wouldn’t leave Georgian Dream.

“She remains in the team and will carry on her duties with a different, very important mandate,” Kvirikashvili said. He didn’t clarify the ‘new mandate’ of the ex-minister.

“Batoni Aleksandre has remarkable vision for the future development of education. Recently we’ve had discussions with him and I thought it’s necessary to introduce him on position of the Education Minister,” Kvirikashvili remarked.

Sanikidze was appointed as a Minister of Education in July, 2013. She replaced Giorgi Margvelashvili on this position. Before her appointment, she was a deputy education minister.