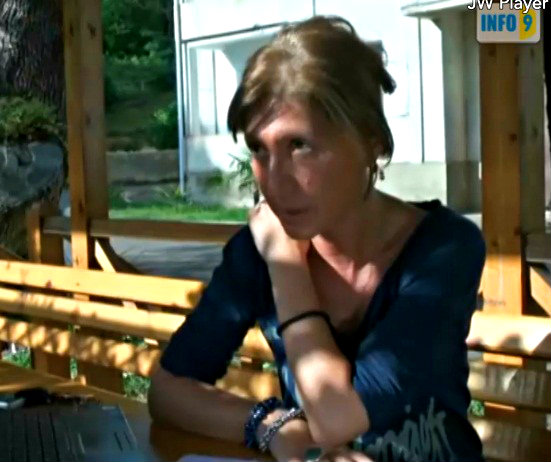 Maka Kvaratskhelia, spokesperson for the company that owns the plant in Zestaponi.

TBILISI, DFWatch–At Zestaponi’s ferroalloy factory workers are still on strike. The week-long strike is paralyzing the one of the largest companies in the country, which accounts for 12 percent of the exported product.

Two of the workers are on hunger strike, while about 1600 workers refuse to go back to work. They demand a 50 percent pay rise, group contracts and compensation for overtime.

Georgian Manganese, which owns Zestaponi’s Ferro, still refuses to enter into a dialogue with the workers.

But on Tuesday, Maka Kvaratskhelia, spokesperson for the company, stated that issue of salaries is a confidential issue and she cannot speak much of it, but she noted that some of the workers like oven worker earned more than USD 600 last month.

She brought a list of salaries for different positions in the plant to show it to journalists and claim the workers of Ferro receive appropriate salaries, while the company also compensates bulletin and gives away award salaries.

Workers refuse this information and yet continue strike.