Mere Violence or Clash of Values?

Mere Violence or Clash of Values? 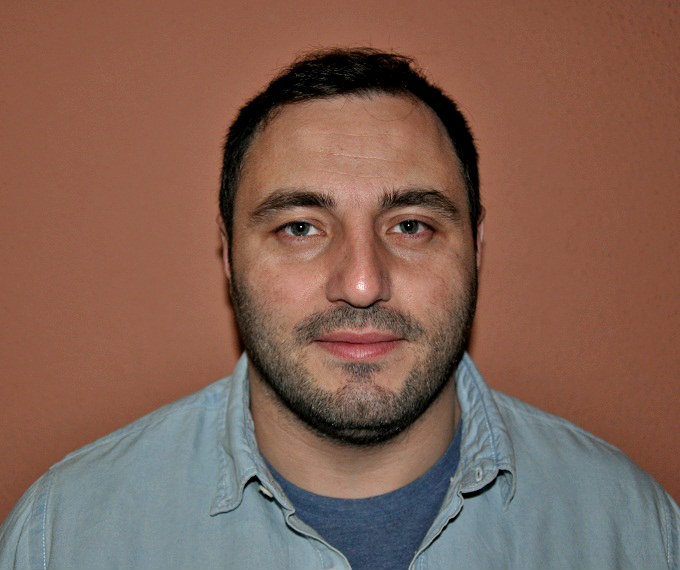 Beka Natsvlishvili is Research Associate at the Centre For Social Studies.

The May 17 events revealed confrontation between church and secularism as one of the main public conflicts in any political system. Public conflict is a matter of public concern. Public opinion on this issue is divided into opposite positions, various social groups uniting around these positions. These dominant public confrontations include those between labor and capital, and between center and periphery.

The conflict between church and secularism is especially evident at the formative stage of nation states, this process being accompanied by the process of secularization of the system. This confrontation surfaces in social and political life more or less intensely even after the formation of a nation state.

As an institution pursuing proselytism, the church always strives to expand its influence and, as a consequence of this influence, disseminate values and norms it believes to be important, regardless of whether or not these values and norms are in concord with the norms and values that embody the unity of the state as society. The intensity of this process varies depending on a given institutional environment.

In this case, a nation state implies a state where a vast majority of the population agrees that every citizen regardless of his/her cultural, religious or ethnic affiliation is a member of the nation as a unity.

The process of formation of a nation state is still underway in Georgia. The country’s geographic location, ethnic diversity, and territorial disputes make this process even more difficult. Given the weakness of the country’s democratic institutions, there are no channels to ensure social groups’ full participation in social and political processes and, accordingly, their identification with these processes. This is why it will prove more difficult for people to identify with the state than with one or another group of adherents of certain traditional norms and values until the democratic institutions in the country are strengthened.

It is only through a full participation of all social groups that the formation and empowerment of new, shared and universal values and norms can be made possible; only then can citizens identify with the state as the guarantor ensuring these universal norms and values. In a nation state, these are the very norms and values that serve as the foundation for the unity, peace, and stability of the given nation.

Against the background of this incomplete process of the formation of a nation state, the Georgian Church represents an institution regarded by large numbers of citizens as the guarantor of Georgia’s unity, peace, and stability due to their cultural and religious affiliation. In other words, instead of the state, the majority of Georgian citizens identify themselves with the church, this point being supported by the results of surveys, showing that the church enjoys the highest level of trust.

In this regard, equally important is the tremendous role the church has assumed due to its historical experience as an institution guarding the nation’s unity and cultural identity.

Due to its location, Georgia’s past involves constant territorial disputes with nations professing different creeds. The nation identified itself rather with religion than territories. This is why this historical experience has been instilled so vividly in historical memory. As a result, in the minds of the majority of citizens, the nation is identified with the creed. The church often uses this factor to disseminate and maintain its values and norms. Besides Georgia, Serbia and Greece suffice as clear examples of this point.

In the case of the Georgians, as bearers of the historical memory described above, the secularization process implemented in the Soviet Union using repressive methods naturally failed since the introduction of secular norms is a result of democratic processes accompanied by the development of universal norms by the state. This is why the church maintained its status of the unifier even in the Soviet Union, while after the collapse thereof the recognition of this status by society became even more intense.

Unfortunately, the past twenty years failed to see the creation of institutions in Georgia that would introduce democratic, universal and secular norms in cooperation with social groups. Due to the absence of new, universal and shared norms, a part of society remains loyal to traditional norms. Their loyalty grew even stronger thanks to the spontaneous process of replacing planned economy with market economy, as a result of which the social and economic conditions of most citizens worsened. To many religious citizens, on top of being a guide on the path to afterlife, the church turned into the only hope in their desperate social and economic lives.

The nine years under the National Movement have made this situation even more lamentable. As a result of neoliberal economic policy, the tough social and economic conditions of many people worsened even further, while the gap between the rich and the poor grew even wider. Subsequently, the role of the church as the comforter grew even greater. Add to all this the authoritarian methods deployed in an attempt to carry out westernization/modernization, when the ruling party, much like the communist party, presented itself as the vanguard leading society toward westernization/modernization. As a result, the government legitimized its right to persecute political opponents who would not accept the content and form of westernization/modernization offered by the authorities.

The process of westernization/modernization of society – which, needless to say, implies replacement of a number of traditional values – proceeded top-down without any involvement of society and against the backdrop of promoting savage competition in place of educational processes in economic and social life.

Since the abolition or introduction of any values or norms requires public consent, that is, has to be accepted by society, as a result of savage competition, authoritarian modernization in a divided society was doomed from the very onset. This is why some values were abolished without others being generated to replace them.

I addition, westernization, according to neoliberal philosophy, was not built upon authentic western principles, such as solidarity, equality, rule of law, engagement, or consensus, but mainly through the introduction of market fundamentalism and particularism in terms of rights, such as identity politics, for example. Consequently, western civilization, as an aggregate of values, appeared to a part of society as a threat to their interests and cultural self-identification.

In this process, the church represented one of the well-organized alternative forces in a society left face-to-face with the authoritarian government. Yet, even the church was mainly focused on maintaining the traditional values it needed to strengthen its power. While manipulating each other, the government and the church more or less succeeded in protecting their interests and positions.

After the 2012 election, a ballot box revolution was followed by a transfer of power. The political environment became available for social groups in terms of active participation in social and political processes. Various public conflicts were revealed. As it turned out, the conflict between labor and capital did indeed exist in Georgia, as well as one between the church and secularism. There appeared to be a real opportunity to voice different opinions, coordinate these opinions within the institutional framework, and introduce universal and shared values and democratic norms built upon these opinions.

Secularism is an integral part of democratic values. It is exactly the process of secularization that the church finds painful since this process implies the replacement of a number of traditional norms with new, secular and universal norms, the state being the guarantor of the sustainability of the latter norms. Therefore, the state must deal with this confrontation even at the expense of the power of the church, which is inevitable in this process. Besides the rights of minorities and freedom of expression, the state must start promoting the values and introducing the norms described above that are equally western indeed, as these values are in reality more acceptable to our society than unacceptable. After all, these values guarantee our country’s formation and development as a modern state.

As for May 17, it is a very good lesson for the government, as well as the church and society. Of course, it is unacceptable to let any perpetrator go unpunished, regardless of his/her social status or motivation. However, it is more important for the state to deal with the confrontation between the church and secularism. May 17 revealed that it is not about the problem of sexual minorities only but secular norms and church-instilled norms as well.

The ongoing public discourse clearly shows that although the number of advocates of sexual minorities may be small, the number of those who advocate secular values is great. This is why it would be advisable to engage all stakeholders in the process of seeing through the existing confrontation, so that new and universal norms may be built upon consensus – as opposed to being used by the state to fulfill its legitimate repressive functions – in order for them to work.

PS: As for the violence and aggression on May 17, they represent the outcome of the nine years of authoritarian rule in which violence and hatred were encouraged instead of being denounced; in which confrontation, as opposed to agreement, constituted the agenda of social and political life. Therefore, the lion’s share of responsibility goes not only to the champions of this violence but the National Movement, the implementer of this type of relations, as well.