Merabishvili loses appeal in May 26 case

Merabishvili loses appeal in May 26 case 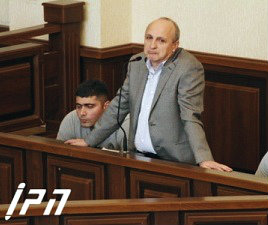 Tbilisi City Court in February sentenced Merabishvili to four years and six months in jail for abuse of powers.

He was first sentenced to six years in jail, but because of an amnesty introduced in December, 2012, his sentence was reduced by one year and four months.

Lawyer Girogi Chiviashvili said on Monday that Merabishvili plans to appeal the decision to the Supreme Court and then to the European Court of Human Rights in Strasbourg.

Merabishvili is currently in detention on a number of other charges. One of them is the violent dispersal of anti-government demonstrations on November 7, 2007. In this case he is charged along with ex-President Mikheil Saakashvili.