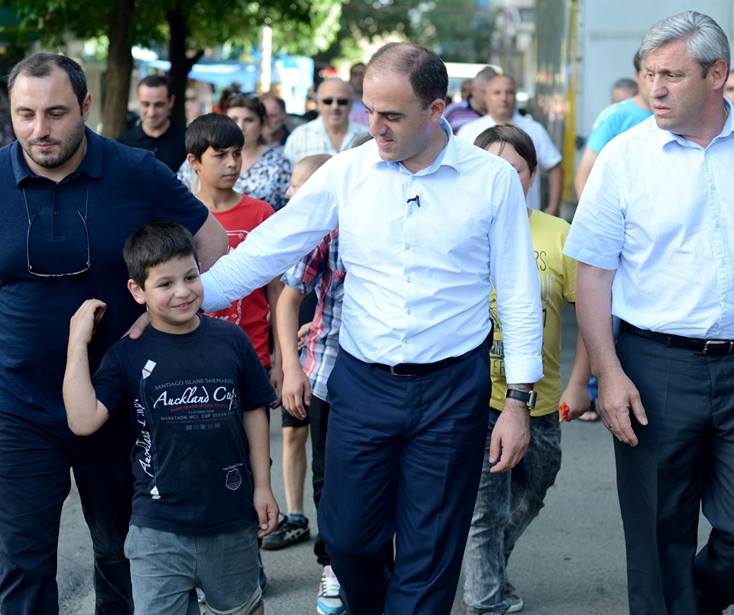 TBILISI, DFWatch–One week before the run-off election for Tbilisi mayor, candidates are showering the electorate with promises, though the major issue in the campaign, whether to have direct debates between candidates, is still undecided.

The government coalition’s candidate, Davit Narmania, who failed to get over 50% in the first round, promises that the government will spend 100 million lari (USD 56 million) on creating jobs in Tbilisi. 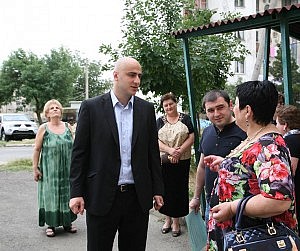 The Georgian Dream candidate said Thursday at a meeting with a manufacturer that he plans to create jobs by encouraging small and medium-sized business.

But he didn’t specify where the money will come from and the components and details of the job-creation program.

He said that his primary goal is to turn Tbilisi into a cultural-economic center in the region, which will attract investments and improve the economy.

Meanwhile, the National Movement’s candidate Nikanor (Nika) Melia continues his campaign and Wednesday met with people in the Varketili district.

The relatively unknown former city official who was charged with hooliganism last year after a late night brawl promised that if he is elected, City Hall will subsidize cheap heating in winter and install a hot water system. He said such a system has already been installed in Temka, another Tbilisi district.

It is still not decided whether there will be a direct debate between the two main canditates. Melia has been eager to have a debate, as the UNM assumes that it will be more favorable for their candidate. In an interview with the newspaper Rezonansi, he stated that is ready to hold debate anytime, anywhere, even at Narmania’s apartment.

‘I’ll meet him (Narmania) in every place and at every time, to have him feel comfortable,” Melia said. “It is obvious that he is trying to avoid debates.”

Previously Davit Narmania stated that the debates should be held in a “neutral” place, though he did not provide any details about what would be a neutral place for him.

Vice Prime Minister Kakhi Kaladze said on Thursday that the time and place of the debate will soon be known and journalists from all TV channels will be invited to ask their questions to the candidates.