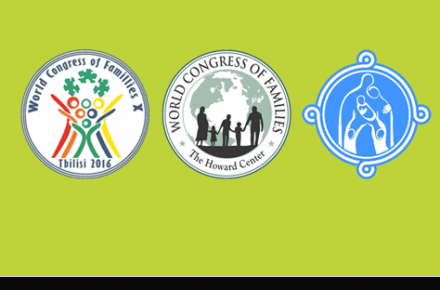 Tbilisi, DFWatch – The French right wing politician has been tentatively announced as a speaker at the conference which will bring together conservative activists from four different continents to Tbilisi.

The French right-wing MP, Marion Maréchal-Le Pen, will participate as speakers at the 10th World Congress of Families which will be held in Tbilisi on 15–18 May, the event’s official website tentatively declared.

Marion Maréchal-Le Pen is considered a rising star of French politics. She is a member of the French right-wing political party, National Front (FN), and a member of French parliament. She’s a granddaughter of Jean-Marie Le Pen, founder of the FN, and niece of Marine Le Pen, current president of the FN.

Her political activism falls in line of that of her party, which includes campaigning against the advancement of the rights of LGBTI persons, promoting Catholicism as the defining component of the French national identity, opposing immigration, and advocating more laissez-faire economic policies. She’s gained notoriety for her anti-Muslim rhetoric. The Guardian described her as more extreme, right-wing, and socially conservative than her aunt, Marine Le Pen.

The FN took a radically pro-Russian stance during the conflict in eastern Ukraine and called for French recognition of Crimea as a part of Russia. British and French media widely reported on the financial support the FN has been receiving from Russia.

Maréchal-Le Pen didn’t respond when DF Watch asked her via email to confirm her participation at the congress.

The event’s website lists ‘tentatively scheduled’ speakers, who also include the Polish senator, Antoni Szymański, the head of the evangelical Oklahoma Wesleyan University, Everett Piper, the Russian priest, Dmitri Smirnov, the head of the Department of Demography and Ethno-Religious Problems at the Russian Institute for Strategic Studies, Igor Beloborodov, and many other Christian, pro-life, and anti-LGBT activists from Europe, USA, Africa, and Australia.

The World Congress of Families will be held in Tbilisi on 15–18 May, so it will coincide with the Day of Family Strength and Respect for Parents on the 17 May, which was established by the Patriarchate of the Georgian Orthodox Church in 2014 in order to silence activists campaigning for LGBT rights on the International Day Against Homophobia, Transphobia, and Biphobia on the same day.

DF Watch reported earlier that the Patriarch, Ilia II gave his blessing to the congress and is expected to deliver a keynote address during the congress.

The sessions scheduled for the congress include ‘Gender theory and sexuality education and how they undermine the family and parental authority’, ‘Parental rights to guide children’s education — Homeschooling’, ‘Culture of Live vs. Culture of Death: Family and Marriage Issues; The role of religion’, and ‘Demographic Winter; Abortion, euthanasia, surrogacy and other life issues’.

The World Congress of Families is an NGO based in Illinois USA. Its mission statement reads that its aim is to ‘affirm that the natural human family is established by the Creator’.

The organisation stands for the idea of marriage between a man and a woman and opposes ‘pornography, promiscuity, incest or homosexuality’ which it sees as deviations from ‘natural sexual norms’.

American NGO Southern Poverty Law Centre has included the organisation in its list of anti-LGBT hate groups. It is also notorious for its links with the Kremlin and its support for the 2013 Russian LGBT propaganda law.

The local organising committee for the conference includes activists from the Georgian Demographic Society XXI,Levan Vasadze and Tinatin Khorbaladze.