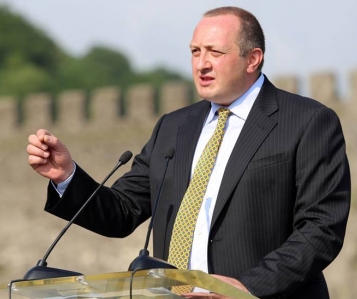 TBILISI, DFWatch–The Georgian president Giorgi Margvelashvili will be given three minutes to address the Eastern Partnership summit in Vilnius today.

He is expected to talk about the importance of Georgia being integrated with Europe, and that a certain resistance is expected although most of the population supports an association agreement.

Other topics he will fit into his three minutes are the democratic reforms in Georgia, the achievements and the conduction of democratic election, and the situation along the de facto border with South Ossetia, according to Foreign Minister Maia Panjikidze.

Margvelashvili is head of a delegation from Georgia who are in Vilnius attending the Eastern Partnership summit. EU and Georgia will finish the initialization of the Association Agreement today.