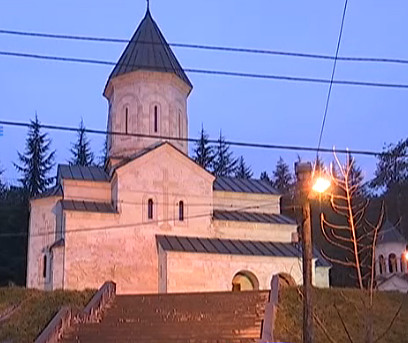 Police arrested the suspect in this monastery in Kvareli. (police.ge)

TBILISI, DFWatch–Police in Georgia have arrested a man accused of robbing four churches in Kakheti, a province in the eastern part of Georgia, a few days ago.

Investigators say the man, who is about 21 years old, was arrested at night while attempting to rob a monastery on Rustaveli Street in Kvareli.

The man is further accused of having returned to the church in Lagodekhi on December 13 and damaging the door, but this time he didn’t get away with any money, as there was no more money to steal.

Investigators further accuse him of having stolen 150 laris from trinity church in Gurjaani on December 15.

The detainee pleaded guilty. Police seized stolen donation boxes, money and tools he is said to have used to carry out the robberies.