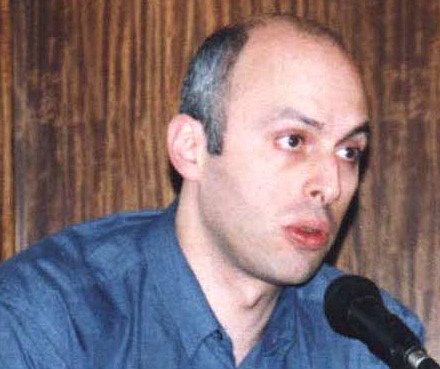 David Losaberidze is Project Coordinator at the Caucasus Institute for Peace Democracy and Development.

Establishing true local self-government was one of the new Government of Georgia’s major pre-election promises. The ambitious goal of creating local self-governing units is now part of the government’s strategy. In Georgia’s two decades of independence, no other government has so unequivocally expressed their support for decentralization. “Very good,” we say, the reform can now be implemented without any obstacles.

However, such a simplified statement reveals we either do not quite understand the difficulty of the issue, we are unrealistically relying on the new Government, or we have no belief that anything will change. Such attitudes are prevalent among interested parties, which cast doubts over the success of the reform.

Discussion about the need for decentralization reform is nothing new. The issue was debated in 1997 – 1998, 2001 – 2002, and in 2004 – 2005. And although a number of changes (some quite important) have been made, Georgia has continued to disregard western standards for local self-governance and has ended up with a super-centralized system of which no counterpart can be found across the CIS, Asia, Africa or South America. From this point of view, Georgia has regressed in many indicators, compared to those of both eastern European countries, its neighbors and many other developing nations.

There are reasons for this. All of the local self-governance related changes by their nature have always been linked to increasing the effectiveness of the State machinery and satisfying various existing political interests. In the best cases, improving the quality of social services and protecting State interests were the decisive factors. In the worst cases , the changes were dictated by the need to create a useful election environment for the ruling party and satisfying the selfish, often unlawful, interests of the bureaucratic apparatus.

Public opinion and the interests of the citizenry, which are the most important elements of local democracy and democracy in general have typically been disregarded.

Unfortunately, all of the participants and stakeholders of the process have accepted the existing rules of play:

1. Political parties (opposition parties included) were trying to reinforce their positions as much as possible, often sacrificing the interests of society. Many political parties engaged in covert alliances with the ruling party during pre-election periods to earn political influence and gain power.

2. International organizations, although tirelessly talking about the impeded process of decentralization in Georgia, eventually gave up putting pressure on the government and focused on other more painful issues than the prospects of local self-government development. Moreover, by having inadvertently supported the centralization process, they evaluated the changes as more or less successful, thereby presenting themselves as advocates of the previous government’s actions.

3. Donor organizations failed to implement reforms-oriented programmes with State agencies. Instead, they announced their strategic coal was to arrange civic education, trainings and study tours to Western countries for Georgian public officials. As a rule, these activities were not coordinated among the donors or with the government, so their effectiveness was often contentious.

4. Because civil society organizations did not feel they were effectively supported by international and local actors, they simply adapted their activities to meeting the requirements of donor-announced competitions, thus disregarding the actual interests and needs of the groups of citizens on the spot. Therefore, activities of civil society organizations mostly targeted the needs of the government and the political establishment rather than society.

These circumstances brought decentralization efforts in Georgia to a halt. Individual success episodes were often followed by stagnation and regression. Change of central governments usually meant a mass local transformation of political figures and civil servants from the previous ruling party to the new team in power. This is true for the years of 1992, 2003 and 2012. These factors clearly indicate that local authorities fully depend on the central government.

If Georgia’s new government and more importantly, Georgian society, actually want a developed local democracy, they must consider the lessons learnt to avoid embarking on another misguided decentralization process.

First of all, we need to change the end goal of the reform. Local self-governance reform must result in a more active society. The priority must be citizen participation or an increased public service system – not the satisfaction of an individual political group or bureaucratic interests.

The reformation process must be based on key principles of action. Actual or formal supporters of the reform generally focus on one of the two major views: a partial and protracted reform or a fundamental and quick change.

Those who support the first view propose that it would be enough to gradually convey more powers and appropriate financial resources to local self-governance bodies. This view is not new: all of the previous reformer’s endeavors were based on the same principle. As a result, during the reformation, groups that did not wish to bring about actual changes were purposefully and progressively impeding the process and became actual monopolists of power within the existing framework.

The second view is not only about the conveyance of powers and finance but also about creating a new administrative arrangement system and vesting the citizens with real instruments of influencing the government. Certainly, not everything can be done at once and there is an inherent risk of making more mistakes while building a completely new system, but fundamental and systemic changes must be implemented quickly.

One reason to believe in the verity of the second view is that enemies of the reform are especially keen on attacking it, since the new government has clearly expressed its strong political will to actually make decentralization happen. Because of the new government’s support and society’s willingness to bring about a real decentralization of power, it is be impractical for individual groups to openly oppose the process. As a result, they operate in various indirect ways. For example, they tell international organizations that reform must not be carried out without proper preparation first, while they tell the population that everything has already been decided and that citizen’s initiatives make no sense. Meanwhile, as the reform is under development, they are trying to delay the timing as much as possible, hoping to find supporters in the new government who are hesitant to let power slip away from their hands.

It is becoming clear that successful implementation of the decentralization reform requires a number of indispensable preconditions:

The Georgian Government should declare more precisely which direction it has chosen to go. General declarations are welcomed, no doubt, but specificity in a number of details would give everybody a clear impression about the nature of the system under construction.

The Civil Society, such as non-governmental organizations and media outlets, should pay more attention to propagating the need for changes in self-governance among the public and should themselves turn into a powerful driving force to help create a public demand.

International and donor organizations should announce their support for the reform in more specific terms, overcome the existing skepticism and facilitate the activation of the civil society.