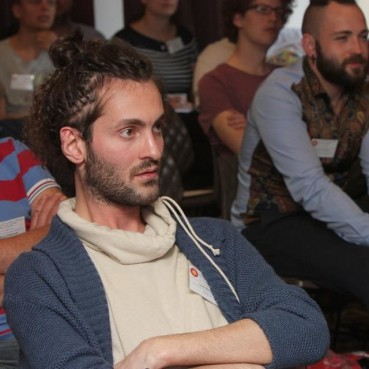 Tbilisi, DFWatch – Interior Ministry launched criminal investigation into physical attack on employee of the NGO working in the field of protecting rights of sexual minorities in Georgia.

Levan Berianidze, of NGO Identoba, claims he has been bullied since April by a person, who physically assaulted him on Friday while being en route to his workplace.

According to Berianidze, a person repeatedly insulted him and then physically attacked him on Chavchavadze Av. in  central Tbilisi.

Allegedly, the reason behind the attack was Berianidze’s appearance, therefore he deems the assault as being explicitly homophobic. No serious injuries reported so far.

The patrol police called in by Berianidze detained the offender and determined the incident as petty hooliganism. The offender, reportedly a 16 Y/O adolescent, plead not guilty. He was fined by 100 laris ($44) under par. 166 of Administrative Code (petty hooliganism).

However, Berianidze side demanded harsher punishment, claiming that the fact of physical abuse was videotaped by surveillance cameras nearby.

Later the Ministry of Internal Affairs announced about initiating criminal investigation into the case on the grounds of the par. 125 of the Criminal Code (beating).