Legislative Novelties Leading to the Absurd

Legislative Novelties Leading to the Absurd 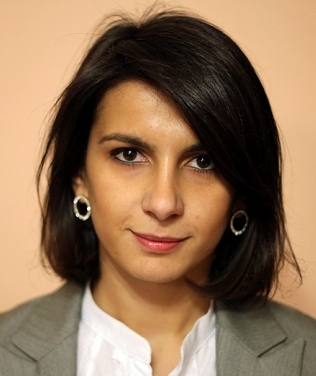 An election reform which started out with the aim to create an equal and fair election environment in Georgia ended up creating discriminatory regulations, violating freedom of speech and property rights; imposed real threats for voters, media, NGOs and business organizations, writes Tamar Chugoshvili, chair of Georgian Young Lawyer’s Association.

Amendments made to the law on Political Union of Citizens and the Criminal Code of Georgia in December 2011 have a restrictive effect on civil and political activities. It imposes unreasonable prohibitions and disproportionate sanctions.

The Law imposes unequal restrictions for the ruling party and the opposition in terms of vote buying. The newly adopted law provides unreasonably restrictive regulations for voters. Both a party representative and a voter will be charged with up to 3 years’ imprisonment in case of vote buying, while there are no liabilities for the cases when activities that would lead to vote buying are funded from the state or local budget.

The law imposes significant restrictions for expression of political views by citizens, whereas civil servants and state officials are subject to minimum restrictions on political agitation. Civil servants only have a restriction not to agitate while carrying out their official duties, while the ordinary citizens will gain harsh restrictions in case the chamber of control identifies declared political and election aims and objectives in their activities. In case the chamber of control finds out that a person or a representative of a legal entity has declared political and election aims and objectives, it will impose against this entity or person all the restrictions that exist for political parties, for example they will not have right to:

As mentioned above the new regulations creates an opportunity to expand financial regulations existing already in place for political parties and make them also apply to legal entities and individuals. The spirit of the law – to avoid all opportunities for parties to pass around the imposed restrictions — is acceptable to some extent, but the existing law establishes too much of an opportunity to expand these restrictions to almost every organization and person in the country, which itself means that business organizations will not be able to continue their business activities; NGOs will not have an opportunity to receive grants; individuals will not even be allowed to get salary; all of them will be controlled by the Chamber of Control.

Furthermore, the ambiguity and extensive nature of the norms make selective and subjective enforcement of the law inevitable. Because of the vague articulation of the provisions, it is not clearly predictable how the article will be interpreted and how far its implementation will go. Herewith, the law does not regulate clearly the procedures related to making a decision determining that a natural person or a legal entity is related to a political party. The law also fails to provide judicial control over the decisions of the chamber of control. Therefore we have a situation where the chamber of control has a legal opportunity to subjectively and selectively decide which individuals and organizations are connected to party politics and impose strict regulations on them which will lead to the functional disability of these organizations and there will not be even a clear opportunity to challenge this decision in the court.

After a year of reforming the election environment, Georgia somehow got the picture when different political forces are in more unequal conditions then before and the rules of the game became even more unfair, but now we are not in a position to worry about the political parties, as every organization in Georgia might appear under have its very existence threatened. The affect that this regulation has already had is self-censorship. The absurdity of some of the new regulations makes it difficult to fully identify and clearly express all the threats, but already it is clear that the new rules threaten the freedom of expression, property rights and impose limitations on political activism.