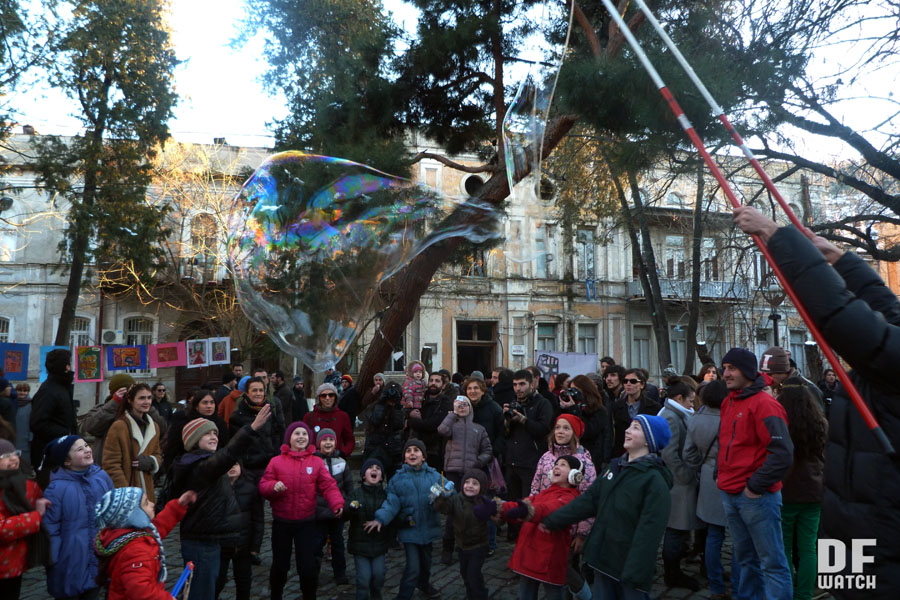 The only square in Old Tbilisi that hasn't yet been modernized is up for a facelift, bringing people out every other Sunday to cherish its historical and cultural significance before it's too late. (Photo: Mari Nikuradze.)

TBILISI, DFWatch – Gudiashvili square in central Tbilisi seemed dying for years, but in the last month has had a revival thanks to a protest against new plans to modernise it.

Every other Sunday, protesters gather at the Gudiashvili, which lies just behind Freedom Square, as a symbol of protest against the people responsible for the fate of the square, which to most non-Georgians is probably best known as the location of Cafe Pur Pur.

The square is facing an uncertain future, after plans surfaced to renovate the historic face of the square and old buildings which today are barely standing.

The fourth demonstration took place this Sunday. People coming by are already ready for the various shows, performances and short concerts they can enjoy here.

Four years ago the population in the buildings encircling the square were resettled because the houses were structurally insecure. Until today, no reinforcement works have been done to solve this problem. This is the first and main request of the demonstrators: to immediately carry out work to save the buildings before it is too late. 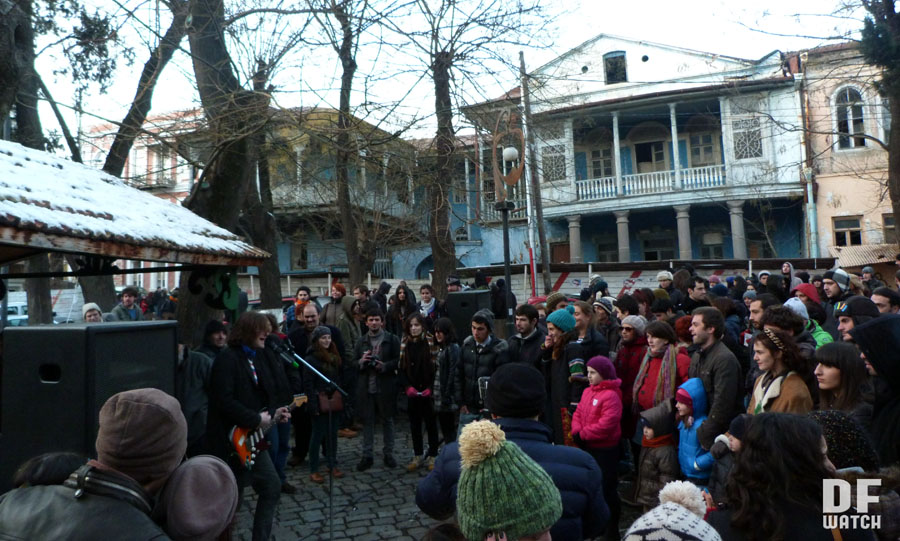 The second problems is what will happen with the rehabilitation. A foreign website published information that a certain foreign company won the competition to buy the square and implement a new development project there, which was displayed on their website with illustrations of what the future square would look like.

Later Tbilisi City Hall denied that this was correct. City Hall had a project to renovate the square, but it was only about rehabiliting it, not changing or destroying any building. The website of City Hall illustrates the future project with newly restored facades.

Currently there is information that a company called Irao Magnat Gudiashvili signed a contract with Tbilisi Development Fund, which ows the rights to the square. The agreement is available online (http://www.scribd.com/doc/77155592/Gudiashvili-Square-Agreement-on-Sale); however the rally organizers and supporters claim that important pages are missing which would make clear what is really going to happen to the square and what authorities have signed over to investors.

Tbilisi Development Foundation, investor and representatives of the organization Tiflis Hamkari held a public meeting regarding the situation on January 24.

Giorgi Sabanadze, head of the foundation, claims that the square is not in danger, no buildings will be demolished. 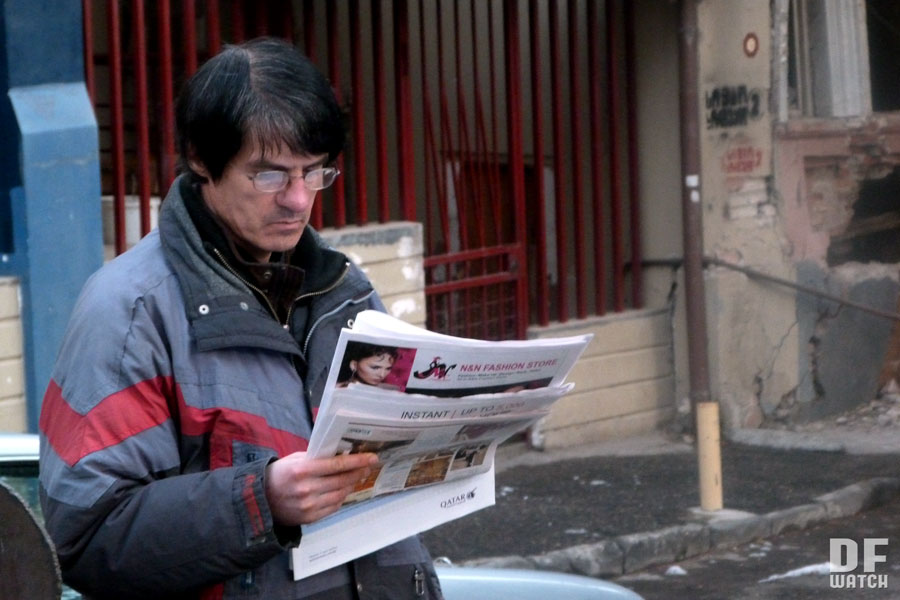 “The facades will be restored and what investor will do inside the buildings is less the subject of our interest,” he says, adding that the face of the square will be kept as it is.

“During the meeting we all had a sense that investor may not have a distinct and reasonable plan for what is going to be made of the square or doesn’t want this plan to become public, because it can cause a negative reaction from all these people who care about the fate of the square,” Davit Gogishvili, one of the rally organizers, told DF Watch.

Today, Tbilisi City Hall released a statement saying that maintaining the cultural heritage is a priority of City Hall so the constructive reinforcement and the façade restorations are planned.

The statement also says that the square is the property of Tbilisi Development Foundation, and no one can demolish or restore the buildings without its permission.

The project, which is not yet prepared, will be discussed in public and ‘Irao Magnat Gudiashvili’ will implement its responsibilities only after the project is approved.

However, the movement’s organizers claim that ‘painting the facades doesn’t mean keeping the authenticity.’

They also released a statement which was distributed to people gathered on the square on Sunday. The statement says that this square is a cultural heritage monument and the buildings, yards and streets are an organic part of old Tbilisi. The place is one of a few still preserving the authenticity.

“Naturally, the houses are in an emergency and it will be a reason for their demolishment. One should also take into account that these buildings came to this condition while being the property of the Tbilisi Development Foundation itself.”

The statement reads the demand to annul the contract with the investor, which is only going to preserve the facades, ‘the content of the square is totally going to change.’