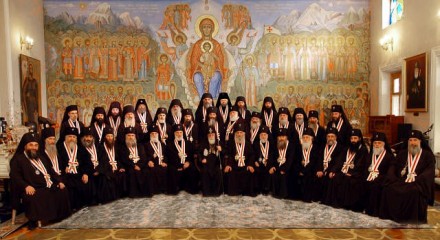 TBILISI, DFWatch–When top clerics within the Georgian Orthodox Church gather for a Holy Synod on March 9, there are several difficult problems on their agenda, notably a priest accused of planning to murder someone in the patriarch’s inner circle. 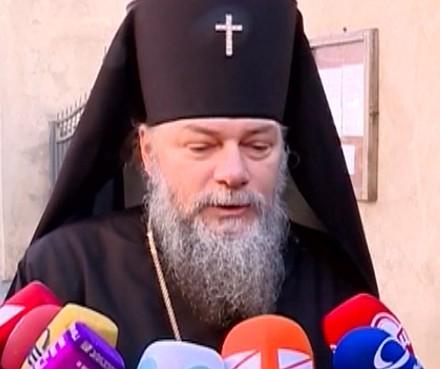 Petre Tsaava, the Metropolitan of Chkondidi, has spoken about corruption in the Church in a series of TV appearances. (2030.news)

The Synod is the highest authority in the Georgian Orthodox Church. Its meetings are held behind closed doors and few, if any, details from the meetings are normally made public.

But the murder charges against archpriest Giorgi Mamaladze are likely to feature prominently on the agenda when the highest echelons of the Patriarchy get together for a meeting which might also include a discussion about whether to sanction a priest who has spoken about alleged corruption within the Church.

Meupe Petre Tsaava, the Metropolitan of Chkondidi eparchy in Martvili municipality in western Georgia, has appeared on TV, claiming to expose a number of instances of corruption and other forms of wrongdoing inside the Patriarchy.

Tsaava further accused the patriarch’s personal secretary, Shorena Tetruashvili, of effectively pulling the strings in the Church and of having an informal authority that gives her influence over some of the clerics. According to some sources, Tetruashvili was the presumed target of archpriest Mamaladze’s alleged poisoning attempt.

Publicly airing criticism like Metropolitan Petre Tsaava has done represents a break with the traditions of the Georgian Church and no other higher cleric has either endorsed or confirmed his statements.

The Holy Synod consists of the patriarch, metropolitans, archbishops and bishops; 47 clerics altogether.