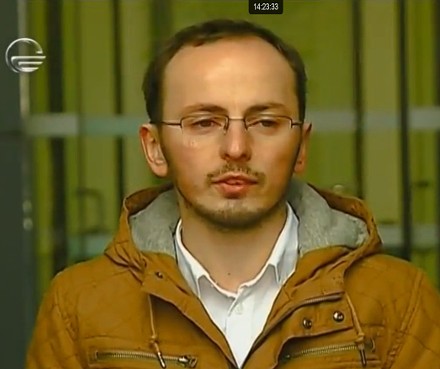 TBILISI, DFWatch–A group of lawyers in the former Soviet republic Georgia calls on the government to disclose a controversial deal it recently struck with the Russian-owned energy giant Gazprom over switching monetized payments for transiting Russian gas to Armenia.

The statement by Georgian Young Lawyer’s Association (GYLA) is addressed at the Ministry of Energy and argues that due to the high public interest and the security implications the agreement must be made public.

“We are asking the ministry to make transparent not only a new document or part of it connecting with the provocative deal with Gazprom, but old agreements too. The society has a right to know how the processes are going,” Sulkhan Saladze, project coordinator in GYLA, said on Wednesday.

He added that if the agreement signed by Georgia’s Energy Minister Kakhi Kaladze and the Russian state-owned company Gazprom Export on January 10 is a classified document, then the ministry should provide official copies of the document which clarifies that the required documents are classified under the country’s law.

After GYLA submitted its request, the Ministry of Energy has ten days to reply.

“We will wait until the deadline and if the ministry does not provide an answer, we will decide which legal mechanism we can use to make this information public,” Saladze said.

A day before, 80 civil organizations of the Georgian National Platform of the Eastern Partnership Civil Society Forum, issued a statement emphasizing that the controversial agreement threatens Georgia’s economic and energy security and believe that process should have been done in a transparent manner and the government should not have decided without considering the public opinion.

President Giorgi Margvelashvili also warns that the deal with Kremlin-owned Gazprom is less favorable than the previous agreement and ‘harmful’ to the political and economic interests of the country.

Georgia has been receiving about 10 percent of the volume of natural gas flowing through a pipeline from Russian to Armenia, as a transit fee. The agreement between Georgia and Gazprom Export has been updated annually. In recent years, the Russian company began insisting on cash payment, but Georgia insisted on continuing to be paid in raw material.