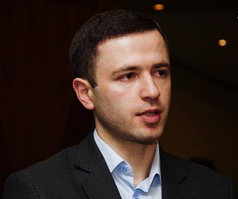 According to GYLA, 17 persons have contacted the organization the last 2 months, eight of them tell about physical and verbal abuse by policemen and nine other person complain about the same kind of abuse by employees of correctional institutions.

GYLA said the cases are not effectively investigated, and named the story of Shio Kobidze as an example.

Kobidze complained to various law enforcement agencies for three months, claiming that policemen tortured him. He has a witness and demanded an investigation. Although he had a lawyer, he did not succeed in seeing an investigation even formally initiated.

Only on February 4, 2014, after GYLA held a press conference about this and several other cases, was an investigation started, but the organization has some unanswered questions about the process.

Public Defender Ucha Nanuashvili said there are currently positive changes in the prison system, but he underlines that there is ‘alarming’ information about the death of several prisoners in 2013, and he is still receiving a number of complaints about possible violations of prisoners’ human rights.

“The government wasn’t able to ensure the security of these persons and [protect] their lives,” he said.

“Our recommendation to the Prosecutor’s Office is to immediately start an investigation into every instance of mistreatment of prisoners.”

GYLA has sent prosecutors the interrogation transcript of 17 people who contacted the organization and demands that it starts an effective, unbiased investigation into every one of these cases.