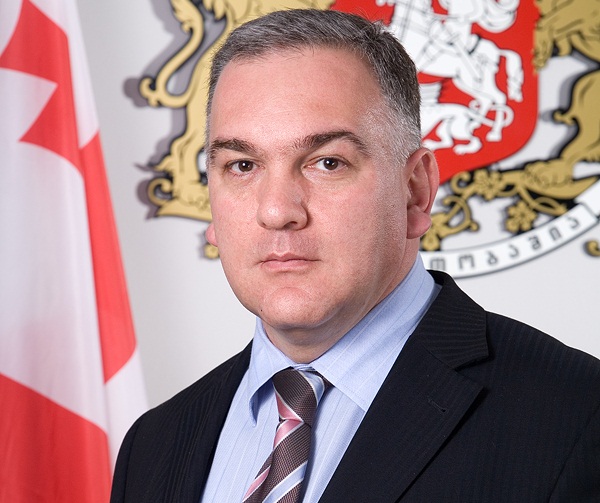 Deputy Chief Prosecutor Shota Rekhviashvili said the Prosecutor’s Office in 2012 asked the court 1 063 times for permission to conduct phone surveillance and as far as he remembers, in all cases the request was granted. (Ministry of Justice.)

Deputy Interior Minister Levan Izoria said on Monday that this process will be conducted with the participation of society.

On Monday, two parliamentary committees, for judiciary and human rights, held a session at the Holiday Inn Hotel in Tbilisi. The session was attended by non-governmental organizations, media, foreign diplomats and other guests.

Izoria said an archive the Interior Ministry has, which is still used for investigations, contains footage which has been determined to be unnecessary for investigative purposes, and the ministry therefore plans to destroy it in a week. The footage was obtained illegally without permission.

The session of the parliamentary committees was dedicated to the topic of secret surveillance and archive of illegally and legally obtained footage, mainly obtained by the previous governments.

Giorgi Obgaidze, a member of the High Council of Justice, presented statistics of permissions for secret surveillance granted by the courts during the last three years.

He said in 2011 there were 7 195 mediations to the court to grant permission about conducting secret surveillance of phone conversation or other communications. 7 187 out of them were approved. In 2012 there were 5 951 appeals with same request and 5 939 out of them were granted. In first four months of 2013 there were 1195 appeals and 1064 were granted, which prompted someone in the hall to ask why the number of approved applications has decreased in 2013.

Giorgi Obgaidze said that in his opinion, the reason is improvement of the standard of the process of reviewing mediations at courts. Even though the guests did not view his answer as satisfying, he avoided giving another answer to this question.

Pavle Kublashvili from the parliamentary opposition said after the meeting that it is important to destroy the archive of footage, but there are no guarantees that the footage will not be used for black-mail. He mentioned as example the recent episode when the deputy interior minister was detained for posting a secretly recorded sex tape on the Internet, but was released on bail.

The Prosecutor’s Office asked the court to sentence Gela Khvedelidze, former Deputy Interior Minister, to pretrial detention, but the court released him on bail.

Deputy Chief Prosecutor Shota Rekhviashvili, who was present at today’s meeting, said that his office has appealed this court decision.

Deputy Interior Minister Levan Izoria said that Khvedelidze was one of the few persons who had access to the archive of footage, but now when his position is vacant, the  body is responsible for securing the footage.

Izoria underlined that one of the main problems is that there is no statistic or any type of categorized data about the footage which is kept at the ministry, specifically at the operative-technical department, and now it is important to describe and systematize the whole archive.

Shota Rekhviashvili also presented statistics made by the Prosecutor’s Office last year. He said that there were 1 063 mediations to courts to allow phone surveillance and ‘as far as he remembers’ all of them were granted.

He noted that there have been only four or five cases when there were appeals to destroy footage which wasn’t necessary for the investigation.

During the meeting, another risk which was noted was that there are no guarantees that if the government destroys the footage there won’t be any copies of this footage somewhere, and yet there are no mechanisms to prevent this from happening.

Members of the parliamentary commissions said it was necessary to improve the law about operative-seeking works, which was adopted in 1999 and brought examples from the practice in Western countries.

Deputy Justice Minister Alexandre Baramidze said that the situation in the country gives the impression of ‘a classic police state or a soviet state,’ so amendments are necessary.