Lavrov’s threat of trade measures met with calm in Tbilisi

Lavrov’s threat of trade measures met with calm in Tbilisi 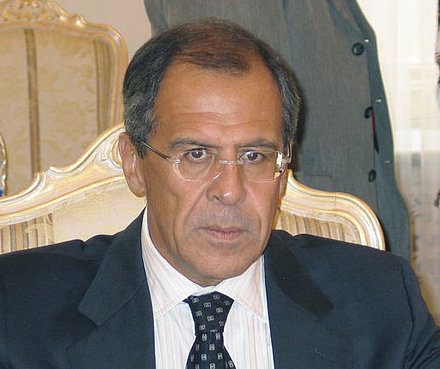 TBILISI, DFWatch–A threat by Russian Foreign Minister Sergey Lavrov that Russia may take protective measures against the EU’s new free trade area on its doorstep are not being taken seriously by an analyst DF Watch spoke to.

By signing the association agreement with EU, Georgia is not breaking any norms by international organizations and neither will it create any problems for Russia.

That’s why this statement is only a threat and nothing more, according to political commentator and head of the European Research Center Kakha Gogolashvili.

Lavrov said on Thursday that Russia will take ‘protective measures’ in case the EU’s Deep and Comprehensive Free Trade Agreements with Moldova, Georgia and Ukraine will have a negative influence on the free trade in Commonwealth of Independent States (CIS).

He also said that Moscow is not ready yet but calls for consultations in order to determine the potential influence of these agreements on states interested in trading with Russia.

Lavrov said that as soon as these agreements come into force and Russia learns that they have a negative influence on the functioning of free trade zone and the conditions on which Russia joined the WTO, Russia will ‘of course’ take protective measures.

After his statement, Russia’s Foreign Ministry issued a statement which says that European colleagues have not been able to prove the advantages of the association agreement for Eastern Partnership states and for Russia.

With the agreement achieved at the EU-Russia summit in January, there are now consultations with EU about the economic consequences which may follow from the association agreements, according to the Russian Foreign Ministry.

June 16, a second meeting took place, where Russia made clear what its concerns are.

“We still consider that signing the Association Agreement with Ukraine, Moldova and Georgia may harm the economy of Russia because of breaking off trade and economic relations with neighboring states,” the statement reads.

It also says that the EU Commission proposed to hold a next round of meeting on July 11, but the ministry assumes it would be better to hold more frequent meetings before signing the agreements.

EU signed association agreements with Georgia and Moldova, including DCFTA, on June 27 and will finish signing the economic part of the agreement with Ukraine as the political part with Ukraine was signed in March.

A few days ago, there were reports that Georgian and Russian experts plan to hold consultations on the technical level to find out what kind of influence the free trade agreement with the EU will have on trade between Georgia and Russia.

Zurab Abashidze, the Prime Minister’s Representative for Russian Relations, said Thursday that his next meeting with Deputy Foreign Minister Gregory Karasin will be held in the first half of July and right before their meeting, experts from Russia and Georgia will hold negotiations about trade issues.

The Georgian government doesn’t see Lavrov’s latest statement about ‘protective measures’ as problematic. Paata Zakareisvhili, Minister for Reconciliation and Civic Equality, said on Thursday that “Russia has the least resources against Georgia as Georgia distanced itself from Russia politically and economically as a result of a reasonable and correct policy.”

He said Georgia doesn’t have diplomatic relations with Russia.

“So we do not expect that Russia is able to seriously harm Georgia. But of course, with this statement it is clear that Russia imagines what will happen in the economic sector,” he remarked.

Kakha Gogolashvili, head of the European Research Center, told DF Watch that Russia will have no legal basis for a trade dispute with Georgia, because EU norms and standards do not contradict principles of any international organization, including WTO. Georgia is no longer member of CIS and has no obligations to it.

“Such reasons are groundless,” he says, “but being calm [and assuming] that Russia is not able to do anything against us, is not right.”

He thinks Russia could change its tax free customs taxation rules and put a levy on Georgian products through using customs duties, but he says this will only make Georgian products on the Russian market more expensive.

Slapping customs duties on Georgian products will make the products expensive and reduce their competitiveness. But Gogolashvili says that the most important thing now is that by signing the association agreement with the EU, Georgia is not breaking any principles of any international organization.

“So the statement by Russia is a clear threat, which requires appropriate attention from Georgia and the international community.”