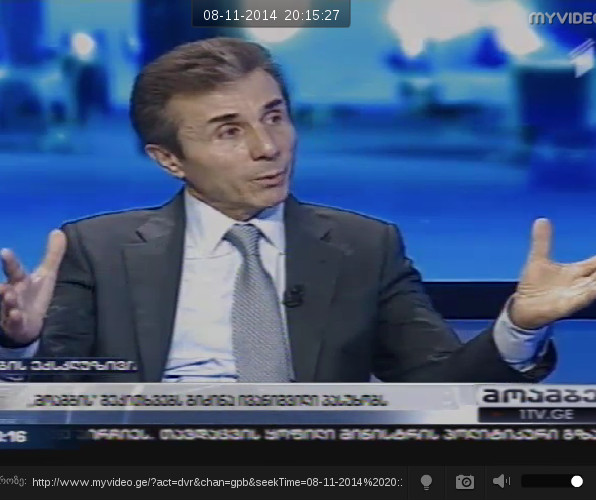 TBILISI, DFWatch–Former Georgian Prime Minister Bidzina Ivanishvili’s talk show will not go on air until February at the earliest.

the businessman who dedicated himself to strengthening civil society after retiring from politics announced his plans for a talk show a few weeks ago, in a TV interview on Georgian Public Broadcaster.

The weekly show will feature himself alongside the hosts. It is to be broadcast on GDS, a TV company created by his rapper son Bera, and will offer analysis of current events in Georgia. Ivanishvili said it should go on air sometime in December.

GDS is an entertaining channel, however, and doesn’t have a license to air political programs. The company applied to the Communications Commission for the appropriate license in late October.

The commission said in a statement Friday that due to technical issues, GDS will not be able to completely prepare programs foreseen by the common broadcasting license until February 2015. The company therefore requested to suspend the public administrative proceedings and the commission granted this request.

GDS will have to send a new application for a license as what’s called a ‘common broadcaster’, which allows the company to also broadcast political programs.

Ivanishvili said in the interview that the TV show will be called ‘Society 2030’ and will be live every day from Monday to Friday with three analysts and invited guests.