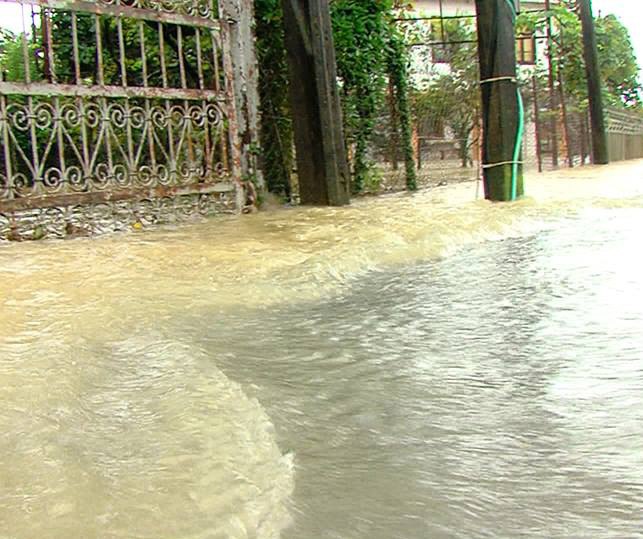 Landslides have been accelerated by the heavy rain, says Valerian Chitashvili, governor of Guria. (Interpressnews.)

TBILISI, DFWatch–Several families have been forced from their homes in Ozurgeti, in Georgia’s western Guria region, due to a landslide.

Valerian Chitashvili, governor of Guria, told journalists that two days of heavy rains in the region accelerated the landslides in several villages, causing some families to leave.

Local governments will assist the families in finding temporary shelter and get them there safely, but it is not yet decided where they will be placed.

The village Chanchati is cut off from the outside world, and emergency crews are using heavy machinery to clear the road to the village.

Natanebi and Tsvermaghala were hit by landslide after two days of rain. A reporter for Interpressnews reports that a family of six was left homeless. They recount the disaster which struck at 4 am at night. They heard and saw the ground moving and immediately left the house. No-one was injured.

Local government representatives say geologists are studying the place to see whether it will be possible to build a new house there.

Meanwhile, there are reports of 30 families in Lanchkhuti who are cut off because of damaged roads.

The rain had stopped Monday evening, and government commissions are already counting the losses in affected villages and in the holiday resort Ureki, which was flooded during the storm.