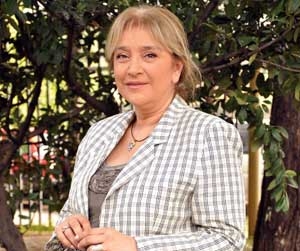 TBILISI, DFWatch–Channel 9, a TV company affiliated with Prime Minister Bidzina Ivanishvili, is to be closed from September 1.

Luba Eliashvili, chairman of the TV company’s news division, explained that for the last ten months they have been looking for new owners for the channel without success, and eventually decided to close the channel from September 1.

Representatives of the channel say they assume that TV 9 may merge with the public broadcaster.

Owner of TV 9 is Aktsepti Ltd, which owns all hundred percent of shares in the company. Ekaterine Khvedelidze, the prime minister’s wife, owns 80 percent of Aktsepti.

TV 9, also known as Channel 9 (and Metskhre Arkhi in Georgian), was launched April 30, 2012; five months before the parliamentary election. From the start, it undermined the pro-Saakashvili TV news there was at the time, and was widely perceived as pro-opposition, but maintained that it was politically neutral.

Ivanishvili has said a number of times that he feels it uncomfortable that his wife is owning the TV station.

“I always thought and still believe that top officials in the country shouldn’t own television stations, even though legislation doesn’t prohibit them from this. Personally to me and to my family it creates a huge awkwardness, which I have already stated a number of times,” he writes in a statement Monday.

Already in November 2012, after the election, he said he wanted to sell the channel to avoid financial affiliation with the channel, either by himself or his family.

“Of course it creates awkwardness for me and I don’t need my wife having shares in TV channel while I am prime minister,” he said.

At a press conferences later on Monday, he didn’t mention incorporating TV 9 with the public broadcaster, and said the offer to buy the channel at third the price was open to any prospective buyer. Ivanishvili repeated that it is wrong that the channel is affiliated with his family and that he plans to sell it, but the sale process must not harm the journalists who work there.