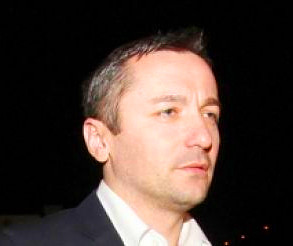 TBILISI, DFWatch–Lado Bedukadze, a  former prison guard who has caused controversy in several of Georgia’s elections, will become a TV host on a newly established broadcaster.

Bedukadze will host a short segment on a completely new channel called Tbilisi 24. Georgia’s Communications Commission decided on Monday to issue a broadcasting license to to the company.

Bedukadze is a former guard at Prison No 8 in Gldani, northern Tbilisi. In 2012, he leaked a handful of videos showing prisoner mistreatment which created popular outrage and may have tipped the election in favor of the Georgian Dream coalition.

Bedukadze was also in hot waters during the election campaign this year, for statements on behalf of the Centrist party. In a short TV ad the newly created party promised ‘Russian pensions’ and to ‘legalize’ the military bases established by Russia inside the two breakaway regions Abkhazia and South Ossetia after the war in 2008. Officially, Tbilisi considers the two territories occupied by Russia.

The ad caused a strong negative reaction which got the Centrists party thrown out of the parliamentary election.

CEO and 50 percent owner of ‘Tbilisi 24’ is Gocha Nachkebia, a friend of Bedukadze. According to the Public Registry, Nachkebia is also a board member of the Public Monitoring Centre and Free Civil Society together with Bedukadze. Nachkebia said Bedukadze offered him to host a 5 minute segment, but will not be involved in the management of the company. THe TV director emphasized that the new channel will have neither a pro-Russian nor a pro-Western perspective.

“We will broadcast only news programs. Before we were an online news agency, now we are developing and launching a new TV channel. What is bad in this?“ Nachkebia said, and maintained  that there are no sponsors behind the new creation and no funding from outside sources.

Tbilisi 24 will start broadcasting on New Year’s Eve, on December 31.