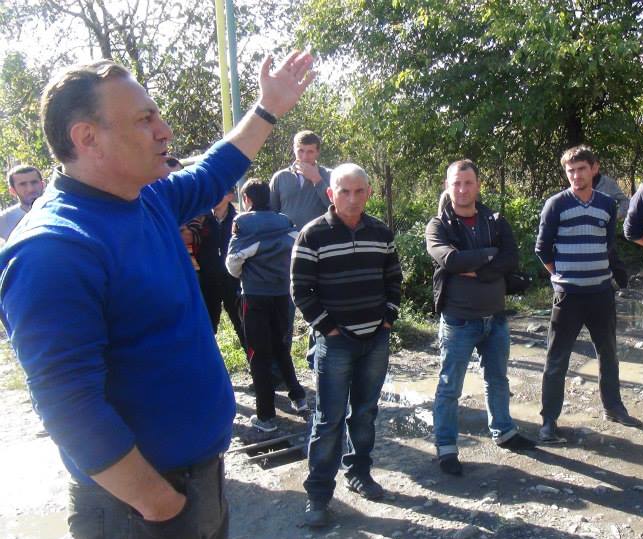 TBILISI, DFWatch–Labor Party leader and candidate for president Shalva Natelashvili says he will start protest rallies if he loses the upcoming election, but if he wins Georgia will ‘brighten.’

On Monday, Natelashvili presented his election program, and said that if he wins there will be ‘true democracy’, justice, freedom, and responsibility in the country.

Poor people will be protected, rich will be controlled and national ideology will come first. He promised that he will guarantee the protection of every nation, ethnicity, and religion in the country.

One of the major goals in his program is reuniting with the breakaway regions Abkhazia and South Ossetia, and restore relations with Russia that were broken off after the war in 2008. He also aims to achieve visa free travel for Georgian citizens to the United States, EU and Russia.

Natelashvili’s program foresees financing of education, increased salaries for lecturers and teachers, financing for youth to study abroad and opening free sports schools in the regions. He also plans to establish financing health care with state run emergency services, and free medicines for the socially vulnerable.

The Labor Party leader also promises to finance a one-week vacation for newlyweds and giving birth will be free.

When it comes to his strategy to protect small and medium businesses, Natelashvili promises to cancel the communal water fee and reduce the price of electricity and natural gas to half.

“There is enough money for all of this in the budget. We will distribute this money from ministers and MPs to the people,” he said. “But increasing pensions, creating job places, solving more global issues depends on getting back into the Russian market.”

If he is defeated, Natelashvili will hold protest rallies.

“I will be forced to call on my supporters from all over Georgia to [come to] Rustaveli Avenue [in Tbilisi],” he continued.

“If I am not president, Ivanishvili and the government will count my voters on Rustaveli,” the Labor Party leader added.