KaZantip festival will go ahead in Crimea after all

KaZantip festival will go ahead in Crimea after all 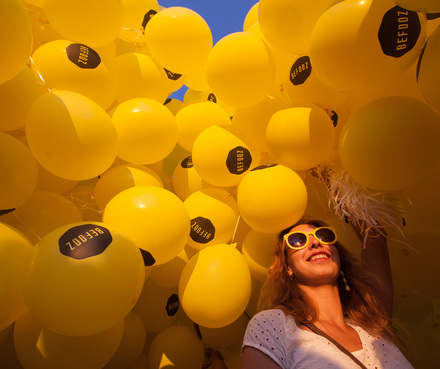 An offshoot of the KaZantip festival is being organized in Georgia, but it will also be held in its original location in Crimea. (Publicity photo.)

TBILISI, DFWatch–The electronic dance music festival KaZantip will be held in Crimea after all. Earlier it was announced it had moved to Georgia.

For the last 22 years, KaZantip has been held in Crimea. But this year, it was first announced it had moved to Georgia, due to the Russian annexation. Now organizers say it might be held both in Crimea and in Georgia.

KaZantip republic will be held from August 20 to 30 in Anaklia, a resort in Georgia on the Black Sea coast. Recently organizers said that the festival might also be in Crimea from August 1 to August 10.

Itar Tass quotes organizers of KaZantip who said the festival has a trusty audience who are used to the format and location on Black Sea shore in the western part of Crimea.

“There are a lot of provocative statements and interpretations around the project, but today we are working out the technical issues so that the project, as usual, will be held in Crimea.”

The organizers of the festival promise to report more details after May 31.

“It would be strange if a pro-Russian project with 80% of its audience in Russia, which developed not because of, but in spite of Ukrainian realities, would not be supported now,” organizers say.

“For the region KaZantip is a magnet to attract vacationers who leave money, not only at the box office, but also in the infrastructure.”

According to them, the village Popovka, where the festival usually has taken place since 2001, has become the fastest growing location in the peninsula.