KaZantip festival in Georgia a failure, may be cancelled

KaZantip festival in Georgia a failure, may be cancelled 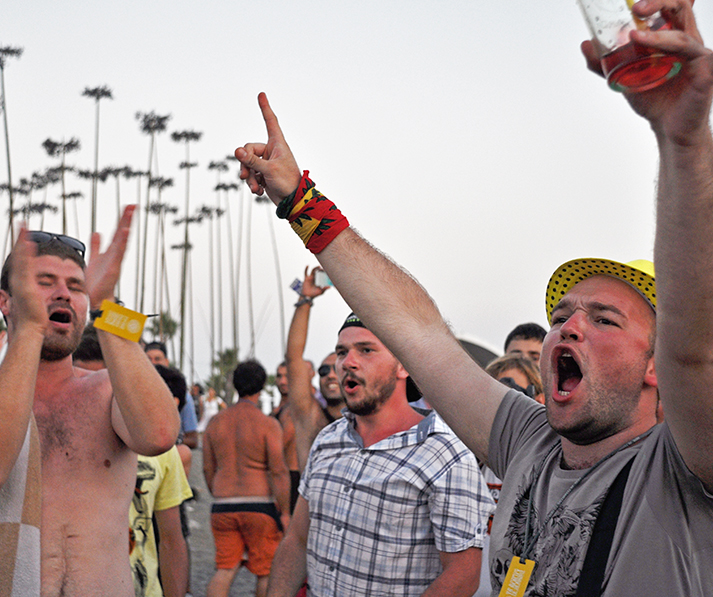 KaZantip visitors are making the most of it, but some are disappointed. (DF Watch.)

TBILISI, DFWatch–The long-awaited music festival KaZantip turned out a disappointment for some visitors and the head organizer.

The electronic music festival, which has been held for the last decade in Crimea, was moved to Georgia’s Black Sea coast after Russia’s annexation of the Ukrainian peninsula. 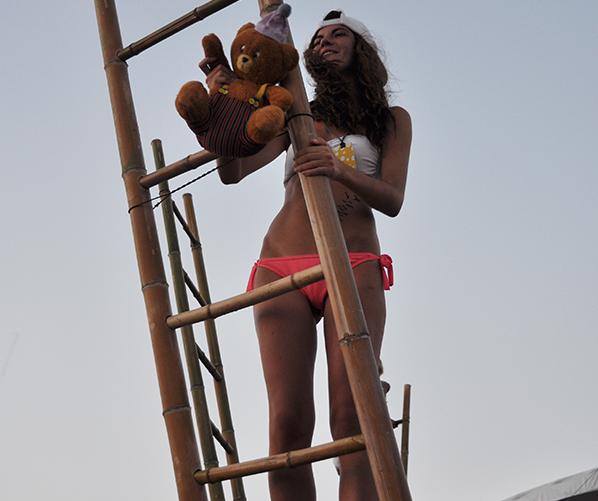 More than 21,500 Georgian and Ukrainian girls registered to come to KaZantip, but the number who turned up was much lower. (DF Watch.)

At first, there was talk that it would be held in Georgia also next year and even the next ten years, but however after it opened, organizer Nikita Marshunok said that too few people showed up which makes it impossible to earn back the money he spent on holding it in Georgia. It is therefore possible that KaZantip may not continue in Georgia in the future.

Marshunok is also dissatisfied with the prices of apartments and flats, as well as the prices of food and drinks, which increased eight and ten times, compared to what people were promised.

In fact, prices for drinks and food are too high. When DF Watch visited KaZantip during the opening days, the Georgian national dish Khinkali cost two lari, while normally it costs 0.4-0.6 lari, a single loaf of bread cost three lari, ordinary water, which normally costs 0.4 lari, cost from three to four lari, beer cost five lari, as well as a small Coca-Cola.

More than 21,500 Georgian and Ukrainian girls were registered to come to KaZantip, where entrance would be free for them, but the number of visitors was much lower than expected and many complain that the majority of them are men.

Still, at the opening of the festival, there was a an almost neverending queue at the entrance and people had to stand for three hours to get a “visa”.

Marshunok told journalists that four or five thousand people came to the festival, which is too little, and if by the end of the festival they don’t earn back the money spent, it won’t be held in Georgia anymore, and if people leave dissatisfied, the festival may not be held anywhere at all.

“Why doesn’t Georgia support us? We want to offer such beautiful music, while Georgia sits somewhere on Facebook and looks at us from there. This is serious,” he said, adding that if someone thinks that the people who go to KaZantip are millionaires, they are mistaken.

There have been some minor incidents during the festival. For example two tourists were forced out by the police for using marijuana on the first day. Some also claim the police prohibited them from kissing, while most of the Ukrainian girls complain about Georgian men, who are hitting on them all the time.

Alik, 28, from Azerbaijan has worked at an oil company for more than 7 years. He says that for the last couple of years, he first decided to take a vacation and finally visit KaZantip, after wanting to attend the festival while it was held in Ukraine, but not managing to go there.

“Since I am here, I don’t want to say I’m dissatisfied. Yes there are too few girls, everything’s expensive, but somehow I still enjoy being here. I think I will stay until the end,” he says.

We also met number of Ukrainian guys who have been going to KaZantip for years. Most of them keep repeating the same as the festival’s “president” said, that KaZantip is fun which you create for yourself.

“KaZantip won’t come to you and poke you to have fun. You do it. You go at one of the stages and dance. Or you go and drink, or dance or sing or swim or have a conversation with someone or do something crazy,” Vitaly explained.

Karo Manukyan came from Armenia, all excited to have fun and visit Georgia for the second time. He came with seven of his friends, but we met him sitting on a beach alone, saying that he didn’t like the music and couldn’t find a girl to talk to. Despite these disappointments, he plans to stay until the end, and if nothing interesting happens, at least he can drink some Georgian wine.

Anya approached a long queue at the visa entrance, taking pictures with her smartphone.

“Everyone should see how many people came to KaZan, they will be jealous, who stayed and didn’t bother to come here, hah,” she said.

She came with two of her friends from Russia. All of them are planning to stay here and have fun until the end of the festival.

Traditional yellow briefcases were spotted all over the area. Those with such briefcases have the advantage of not standing in row but may go directly inside, but they have to carry it everywhere as it counts as the required “visa” and allows people to enter the festival site for free.

Traditional weddings also weren’t missed, as about 30 couples have gotten “married”. There will be another wave of “weddings” before the festival is over. Among the couples there were same-sex couples too. All received wedding documents from KaZantip.

Meanwhile clerics and religious radicals are continuing to protest against the festival. On Monday, they’ve conducted another prayer outside the festival area for more than half hour.

Marshunok came out to meet with the priests, but they didn’t want to talk to him.

“However, the boys with beards did not dare to speak. They crossed themselves and kept silent. I wonder who is funding this nonsense?”

About four days are left until the end of the festival.