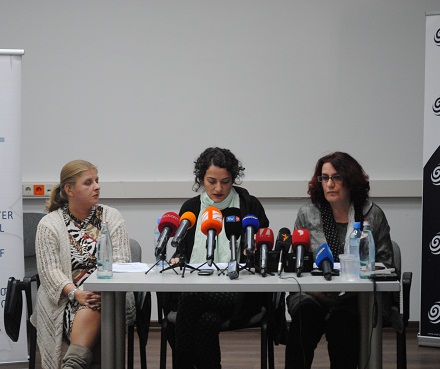 Georgian Centre for Psychosocial and Medical Rehabilitation of Torture Victims (GCRT) found out that juvenile prisoners were tortured last year.

Head of GCRT Lela Tsiskarishvili says she can’t relate the beginning of prisoner’s physical and psychological abuse in the Avchala Number 11 special juvenile facility to anything.

Prisoners claim they were beaten in the director’s cabinet, in the basement’s rooms with foot, truncheons, ventilators. They say there were several cases almost every day for no reason.

Maia Tsiramua, psychologist at GCRT, thinks that probably this inhuman treatment caused the riot at the facility on August 8, 2012. After the riot the building stopped functioning and the prisoners were moved to Gldani Number 8 and Rustavi Number 17 isolated building of solitary cells.

Social workers and psychologists were not allowed into the new facilities, but after a new prison minister was appointed, Giorgi Tughushi, they could continue working with prisoners.

Maia Tsiramua says that adult’s psychological condition is unsatisfactory. They suffer from anxiety, phobias, loss of interest, and insomnia.

According to GCRT, 11 juvenile prisoners who were considered as leaders of the riot were interrogated without their lawyers present, they were under pressure and were tortured into giving testimony.

These 11 juvenile prisoners were in danger of getting increased jail sentences, but 18 September there was a change of event. The videos of prisoner’s torture spread in the media and caused mass demonstrations. (https://dfwatch.net/underage-prisoner-sodomized-by-guards-96106 )

GCRT prepared a statement about the prisoner’s situation and sent to the head of Parliament, David Usuphashvili.

They demand a new and objective investigation of the 8 August riot and an end to the accusation against the organizers. The also ask to punish the employees of Avchala and Gldani prison, who were exposed for inhuman treatment and torture of prisoners.

One of the most important issues of the statement is restoration of Avchala facility, because in Gldani and Rustavi facilities they have improper conditions, they can’t get education and other services.