Judiciary’s Inadequate Level of Transparency as an Intended Governmental Policy

Judiciary’s Inadequate Level of Transparency as an Intended Governmental Policy 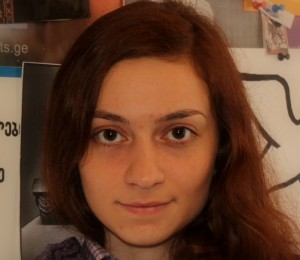 The judiciary’s inadequate level of transparency remains both a main issue and challenge in Georgia. Though the judicial system has undergone numerous reforms in recent years, these reforms did not preserve or promote a more open judiciary, and in fact, judicial transparency was targeted most effectively by the establishment of a closed court system. As a result, Georgian courts formally operate on the principle of openness, though the reality is a strong tendency towards being closed.

Transparency International Georgia noted transparency as the weakest part of Georgi’a judicial system in its latest report, Georgia National Integrity System Assessment, which was published in October, 2011. According to the report, legislation aimed at judicial transparency was assessed with 50 points from a possible 100 and the application of such reform was rated at a mere 25 points.

Georgia legislation states that court sessions are to be open, although, an opportunity to fix the data by using technical devises and spread the information is significantly restricted. Additionally, the letter of the law ensures that court rulings must be announced publicly, but in practice court decisions are not always available in a proper form and in a timely manner. In order to estimate the level of transparency in the court system it is thus necessary to differentiate between the openness of court sessions and on the other hand proper access to that content by journalists and other interested parties.

Access to court sessions was fully provided for prior to July, 2007, but was increasingly closed thereafter. These prohibitive provisions were justified by the need to protect judges from a politicized process of justice. In recent years, judicial transparency has become an important topic given the fact that the parliament of Georgia has amended the law quite significantly. Though legislative amendments initiated by Parliament have reached their goal of shielding the judicial process from politics, at the same time they have unnecessarily restricted the transparency of courts.

Transparency standards resulting from recent amendments are different from the previous approaches. As a result, nowadays the main challenge is to find a balance between these polarized approaches. An importance to increase transparency through a means which protects the integrity of the courts and the rights of parties must be found.

The will of the legislative bodies has played an important role in restricting transparency. Herewith, the practice shows that judicial body has not ensured a proper application of given limited standards. Furthermore, courts themselves have liberally interpreted certain provisions in some cases. For example, courts have prohibited filming by journalists in the areas immediately surrounding the courthouses on the ground that the definition of “courthouse” includes the space surrounding the courthouse. This interpretation has since been widely utilized by courts throughout Georgia.

Legislative provisions further prohibit taking photos or making audio recordings. Only courts are authorized to do so. In fact, according to the law, request by journalists for such permission will not even be considered. Thus, control of filming and broadcasting is controlled by the court itself, not by any independent individuals. To better understand the practical implementation of this regulation within the court system, GYLA submitted applications for public information to a number of courts to find out whether or not they perform recording at all. Based on an analysis of the responses, of 38 courts who provided information, filming of court sessions has taken place only twice in Georgia. The statistics accordingly reveal that the filming of court sessions is almost never used in practice.

Further, Georgian legislation declares that each court must define regulations for audio recording. Nonetheless, according to the information obtained by GYLA regulations on audio recording have not been defined by any courts outside one exception. Thus, journalists are not aware of the form and procedure of how to apply to place their requests in front of courts. Lack of information, undefined rules and unfair interpretation of the law by judges restricts this right. Nonetheless, some journalists write in their articles regarding on going cases that the court has prevented them from making notes during the court sessions.

As can be seen from the above, though steno-graphing and audio recording are ways technically allowed by the law for ensuring transparent accessibility to court sessions, and though, legally speaking, these rights may be limited only in exceptional circumstances, in practice the fact that they can only be undertaken by a judge’s permission unjustifiably limits these rights. Given that the court is not obliged to even consider requests for filming or photos submitted by interested parties, it is clear that the courts themselves are not proactive enough under the current legal framework for complete judicial transparency.

The absence of standards for accessibility to court documents exists as a further problematic issue. As a result, in the process of producing court documents the court redacts even public information. To make mattes even more opaque, the name of the court, names of judges and the names of the secretary of the court were redacts in some court decisions.

As can be seen, both the legislative and judicial branches have played important roles in limiting the level of judicial transparency. The law has shortcomings that translate into disproportionate restrictions on the principle of publicity and a lack of appropriate regulations and procedural guarantees; at the same time, the courts’ practices fail to ensure proper implementation of these provisions, thus creating unjustified obstacles to the realization of the principle of the openness of courts.

Thus, the transparency of judiciary should be recognized as a lacking value in Georgia in order to create the political will for ensuring it.

Lina Ghvinianidze has a Master’s degree in law from Ohio Northern University and works as a lawyer with Georgian Young Lawyer’s Association in Tbilisi.