“Antitrust laws … are the Magna Carta of free enterprise. They are as important to the preservation of economic freedom and our free-enterprise system as Bill of Rights is to the protection of our fundamental personal freedoms.” (The Supreme Court, United States v. Topco Associates, Inc. 1972) 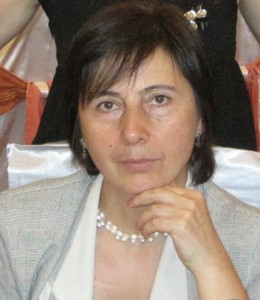 Georgia heads towards integration into the EU, Georgia is a member of the World Trade Organisation, and enjoys the status of a full member or observer of many bilateral, regional or multilateral agreements and international organisations. Consequently,Georgiahas certain obligations in the light of regulation of domestic legal framework for trade and competition with due consideration of international principles and best practice and first of all rules and principles of the EU, WTO, UNCTAD, OECD.  Observance of these commitments obliges the countries:

– To adopt, improve and efficiently enforce the respective legal acts;

– To base legislation on the principles of suppression and efficient regulation of practices, restricting competition;

– To ensure the non-discriminatory approach to every enterprise;

– To improve the enforcement measures

The foregoing puts forward the necessity of improvement of competition policy inGeorgiaand respectively, the care for the provision of such elements  as the existence of:

– Clear and predictable rules of competition

– Efficient state supervision over their observance

I.  The Partnership and Cooperation Agreement (PCA, 1996) – Commensurate with the agreement made with the European Union and its member states Georgia has committed itself to the approximation and harmonisation of its legislation with that of the European Union. The PCA agreement  made between Georgian and the European Union in 1996 outlines key directions (Article 44), which should be accorded particular attention in the course of harmonisation of domestic competition law with that of the European Union, amongst them: “agreements and associations between undertakings and concerted practices which may have the effect of preventing, restricting or distorting competition; abuse by undertakings of a dominant position in the market; state aids which have the effect of distorting competition; state monopolies of a commercial character;  public undertakings and undertakings with special or exclusive rights; review and supervision of the application of competition laws and means of ensuring compliance with them.”

There are some different opinions among the some Georgian reformers and experts:

– The regulation of competition is an excessive and purposeless bureaucratic burden; that it is not necessary these days;

– The legislation is meaningless without efficient enforcement and it will be better to revoke it;

– The regulation is an obstructing factor to the entry to any market, innovations and the growth of local companies;

Despite foregoing, instead of improvements of the competition policy, the law “On monopolistic activity and competition” (of 1996)   was abolished and the current competition law was adopted in 2005.  Unlike similar laws (e.g. the laws of the WTO, OECD and EU member countries), Georgian legislation in competition and consumer protection field:

– Does not take account of competition and consumer protection related problems inGeorgiaand the mechanisms of their solution within the competition legislation.

– Is not compatible with the commitments undertaken by virtue of international agreements of the country and internationally acknowledged rules and principles of state control over the business restricting practices.

– the current  law of Georgia “on Free Trade and Competition” does not apply to such manifestations of business restricting practices, as anticompetitive agreements (horizontal and vertical), monopolistic activity, concentration of market power (mergers and acquisitions). The law regulates only the anticompetitive actions of the governmental authorities with respect to state aid, amongst them, prohibits the discrimination of economic agents in the course of issuance of state aids.  However, the Law is so inconsistent in this respect as well, that it excludes the efficient practical implementation of these provisions.

– Since 2004 Georgian antimonopoly authority existed only nominally, though from 2010 it has legal institutional statutory independence (without a clear mandate and responsibilities).

– Competition policy is being fragmentised according to sectoral principle what contradicts the logical development of these two key regimes of economic regulation (industry egulation and competition regulation). The international experts are of the opinion, that such an approach jeopardises the integrity of the competition policy to the extent of country economy and generates risks of such uncompetitive actions, as cartels, anticompetitive mergers, abuse of position, etc.

II. Deep and Comprehensive Free Trade Agreement (DCFTA) – Preparation for the negotiations on DCFTA with the EU is considered as an essential element of the agenda of the EU-Georgia relations. EC assessment ofGeorgia’s preparedness for a DCFTA with EU (presented to the Georgian Government on March of 2009) outlines priority areas where further improvements are required. Among them is competition policy (preparation a comprehensive strategy in line with the EU standards, adoption of a general competition law and to start of its implementation through capacity building). It should be mentioned that depending on the progress with regard to key priorities DCFTA agreement might became a part of the possible Association Agreement between Georgia and EU.

Since 2009, some important steps forward was made by the GoG to respond the EC requirements.

The independent competition agency was established (though until now it has unclear responsibilities).The Comprehensive competition strategy was adopted by the GoG in 2010. Reading this document it seems that eventually GoG revised its attitude towards to competition policy and is going to undertake some necessary measures for its improvement. According to this strategy, it was expected that the new modern competition framework law will be elaborated.

Analysing draft law “On free trade and competition “ presented to Georgian Parliament several weeks ago, it is clear that it has some serious advantages  comparing to the current law. Namely:  Despite the current law that concerns only anticompetitive actions by the government the draft law applies to all entities (both public and private) and contains all structural elements of standard competition laws: anticompetitive agreements, abuse of dominant position, concentrations and state aid. At the same time the law containsnumerous unclear formulations, exemptions and possibility to establish some additional exemptions by the government decisions. This circumstance makes very difficult to believe that the law (in case if it is adopted by the parliament) will be properly interpreted and effectively implemented. In addition to the above mentioned the government ofGeorgia is empowered to establish priorities of the Agency’s activities and the newly established agency is entitled to conduct its core activities (including consideration of the submitted complaints and/or applications) in respect of the priorities approved by the Government of Georgia. The question arises: how the competition agency can be independent in this circumstance?

Special attention should be paid to the scope of application of the law and exemptions from forbidden anticompetitive agreements and prioritization of tasks by government. Namely:

a)  According to the draft the scope of application is very limited (Article1, paragraph 4). Free Economic Zones, small markets (with share less then 0, 25% in GDP), goods and services for defense and public safety, etc. are in exemptions. In addition, paragraph 5, of the same article stipulates that all other laws prevail and  transitional provisions (article 35) exclude infrastructure industries from law application.

According to best practice, the general competition laws apply to all sectors and products. To this end the law contradicts to all recommendations andGeorgia’s Comprehensive Strategy in Competition Policy  as well.

It means that the great majority of anticompetitive agreements would be in exemptions. These kinds of exemtions (“de-minimis” rules)  are usual for competition laws. But in Georgian case  this article establishes too high thresholds unusual for competition laws and contradicts the international standards where the same banchmarks are established on the level of 5-15 %.

d)  Article 19 – prioritization of tasks by the Georgian Government is absolutely different (it should be done by the agency but not government) than traditional prioritization of tasks by competition authorities. Does it mean that agency should respond only to government massages? According to widespread opinion, to understand the implications of a law, some standard policy analysis questions should be asked: who are the affected parties; what are the market effects; what are the administrative costs; how willGeorgia’s international relations be affected, etc..

Analysing the draft law on Free Trade and Competition I doubt that it (if is adopted without serious improvements) will  positively impact on the competition environment in domestic markets. In my opinion the critical provisions of the law  must be carefully revised, otherwise they might frustrate  the aim of the law.

As to the international relations to be affected – Adopting this draft law (in its current condition) may be  would  serve as one of the necessary preconditions  for starting negotiation with EU, but it is expected that the law will be criticised by European experts, when negotiation on competition chapter starts.