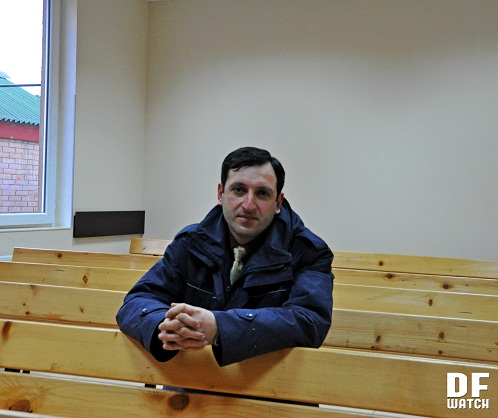 TBILISI, DFWatch–When strangers attacked a car and a house where Jehova’s Witnesses are meeting in Ozurgeti, Georgia, on January 1, it was not the first such attack.

Two years ago, strangers broke the windows of Kingdom Hall in Ozurgeti. The perpetrators were found, and the judge considered issuing them a GEL 150 (USD 90) fine, but instead decided to only give them a verbal warning.

“It seems this encouraged them,” says Giorgi Arbolishvili, representative of Jehovah’s Witnesses’. He says people are not very tolerant toward them here.

There is a community of about 70 Jehovah’s Witnesses in Ozurgeti, a town of about 20 000 people and the capital of the western Guria region of Georgia.

Arbolishvili told DF Watch that it they have been gathering in Ozurgeti for several years, and in this period there have been several incidents.

“The word of God teaches us to forgive, and when it is possible, we do not miss a chance to forgive,” he said, adding that it is a delicate issue often followed by confrontation; that is why they do not file a complaint for every verbal abuse or small offense.

“But when it is about vandalism and other abuse, we think it is necessary to involve the police.” 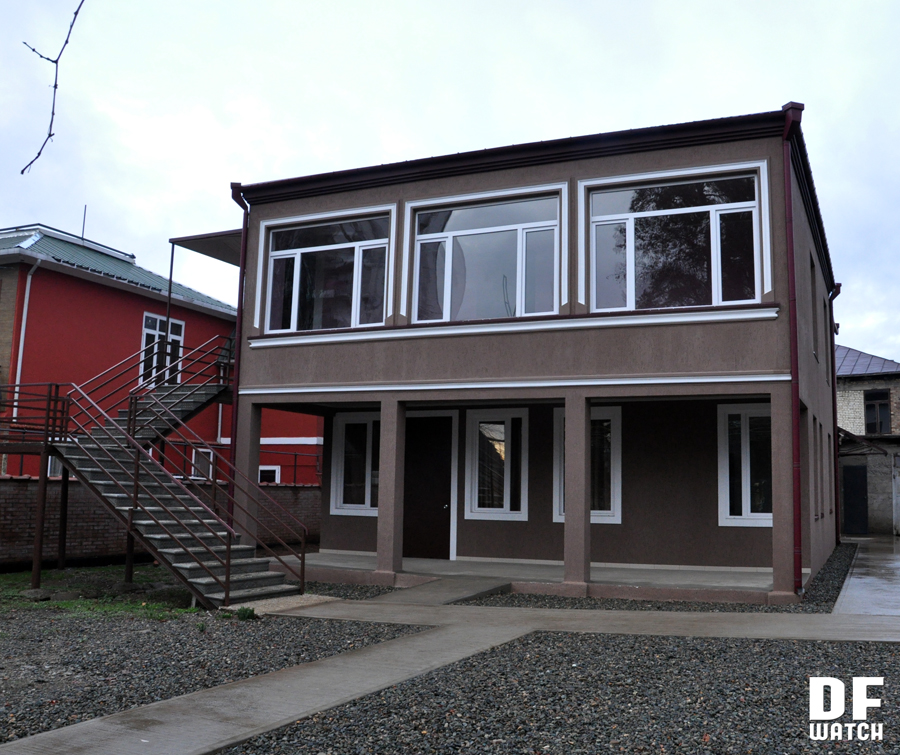 Regarding the incident on January 1 this year, police found out the identity of the ones who broke the windows of Jehovah’s Witness’s car, but it is not certain that they will be punished. We were told that the investigation is not yet finished. The day we visited Ozurgeti, Arbolashvili had just returned from another visit to the police to give testimony.

He said the investigator seems to care and tries to find out what happened.

“Today I was told that the investigation is progressing well and I hope it will end good,” he said. “Two windows are broken. It is a new car and will probably cost much to fix.”

According to Arbolashvili, he visited Ozurgeti on January 1 and stopped his car in front of Kingdom Hall. When he came out and saw that the windows were broken with stones, he tried to talk with passers-by to find out if anyone had seen the perpetrators, but instead he was met by aggression.

Madona, 35, a vendor at a small market right in front of Kingdom Hall, said she had a break at that time of day when the incident happened and had seen nothing; however she was questioned by police several times.

She said the incident took place in broad daylight. The car was at the front of the fence of Kingdom Hall.

The seller continued that the police put pressure on the neighborhood and the children there were blamed for what happened.

“Then it turned out that it was some others who attacked the car,” she said, “and they left our district alone, finally.”

She said the police now knows who these children were, but she doesn’t know them.

Madona says she can openly say she doesn’t like having Jehovah’s Witnesses there, but it’s none of her business.

“I cannot say I like them; I don’t. And then so many cars are here when they have gatherings and everybody keeps asking me ‘what’s happening there?’ I’m tired,” she said, but repeats that it’s none of her business and they are not disturbing her. 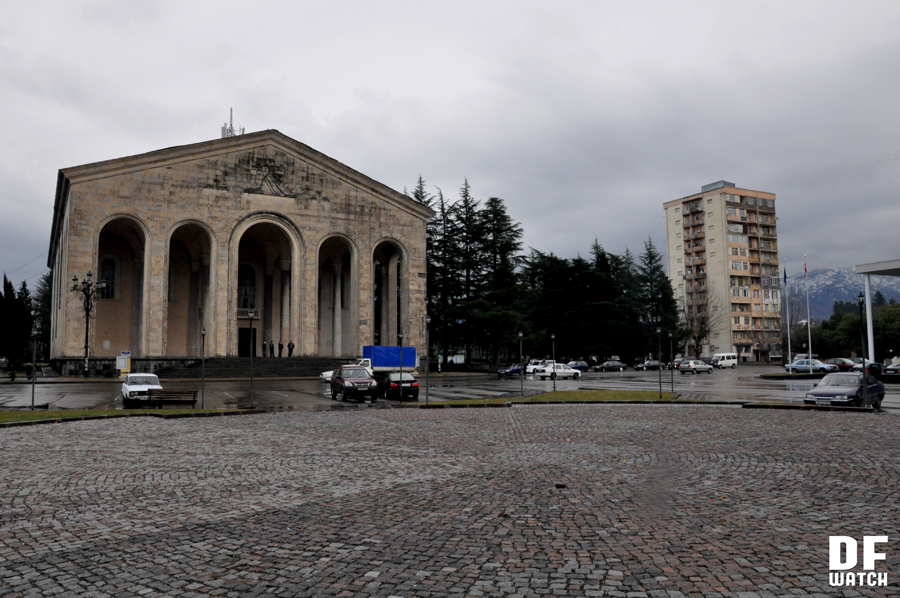 We arrived at the police station in Ozurgeti and asked for Beso Mgeladze, Ozurgeti investigator, who is working on this case, but he didn’t wish to come out and meet us to tell us what new details there are in the case and if the perpetrators will be punished this time.

After the last attack, Giorgi and several other Jehovah’s Witnesses visited what they believe are the offenders’s families and tried to talk about the incident and its possible results.

“They were even more aggressive and said that the children’s approach should have been more severe. It’s clear they can easily encourage children,” Arbolishvili said, and added that Jehovah’s Witnesses are often verbally abused because of their religion. “About 70 Witnesses live in Ozurgeti and we are all used to others threatening us, verbally abusing us and pointing fingers at us. We have to be patient, as our religion demands, and try not to pay too much attention to it. But when it becomes serious, we call the police.”

Arbolashvili agreed with Tsimintia, and says that now they can trust the police.

“Calling the police was pointless years ago. Moreover, they abused us even more,” said Arbolashvili, and added that although the police have become more tolerant toward them, now people are more aggressive then earlier. “I don’t rule out that it’s because of the amnesty. A lot of people came out of prison and faced an unfamiliar environment.” 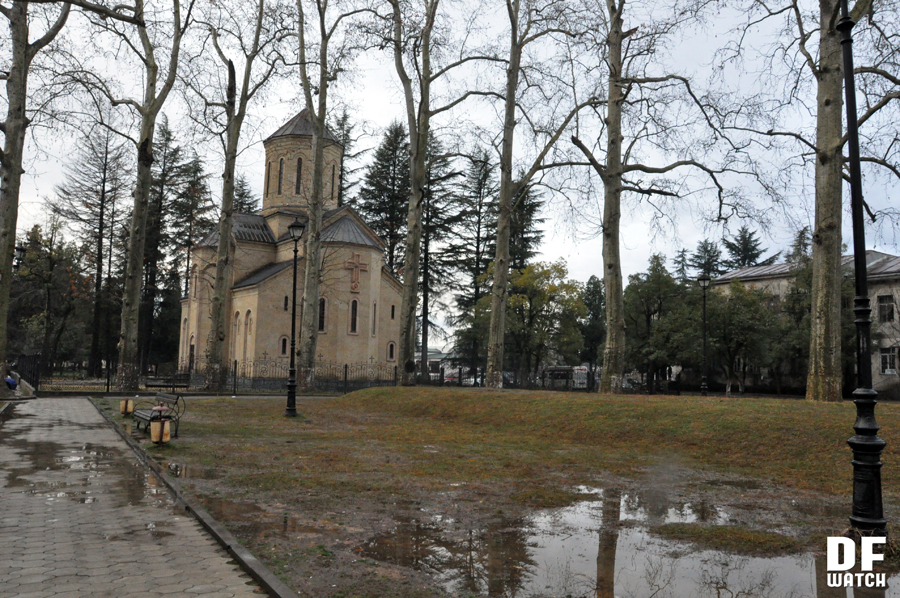 After January 1, their lawyer Tsimintia filed 6 new complaints about harassment of Jehovah’s Witnesses.

Arbolashvili thinks that a lot needs to be done in the country, because there is less tolerance, at least at schools; but generally, the situation has improved, as 10-15 years ago they didn’t even go to police because they would get much worse threats and harassment there.

The Public Defender told DF Watch that in 2013, the extent of physical and verbal abuses towards religious minorities became more frequent. Jehovah’s Witnesses more often appeal to the ombudsman about being physically or verbally abused because of their religious views. The ombudsman thinks it is a persistent problem that these cases are not promptly investigated.

The ombudsman is studying a case about an attack on Kingdom Hall in the village Zeda Etseri, which is close to Zugdidi, on November 16, 2013. The ombudsman’s office applied to the Interior Ministry in November to receive information about the investigation of this attack, but hasn’t received an answer.

According to data from the Justice Ministry from August 2013, 15 cases of harassment of Jehovah’s Witnesses were filed away. Only one investigation was brought to a conclusion, while 22 other cases were still being investigated at that time.