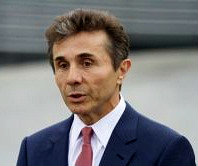 The new non-governmental organization (NGO) is called ‘Citizen’ and was registered 12 days ago, Ivanishvili explained at a press conference for local and foreign media.

One of the few things that are known about ‘Citizen’ is that it will have as a goal to support the development of civil society, and as a first step will be conducting media research in order to find out by what standards media outlets are working. The organization has a goal of helping people choose which media outlets they can trust and which are bringing them enough information. Ivanishvili said he thinks this will help to develop and improve standards in the media.

‘Citizen’ has as its primary goal to help media improve its qualifications and also to train new analysts.

“We will of course finance and organize this process according to the needs of the media. We will help them through different types of grants. Through objective and quality information we will improve the level of public debate. We will then be able to act as a check on our government,” Ivanishvili said.

He also said his organization wants to conduct regular surveys to gauge the level of objectivity and quality in Georgian media. The Surveys will be conducted by organizations in Georgia, but ‘Citizen’ will also invite specialists from abroad; those who are well-known and renowned for doing such research.

“When media representatives feel that their objectivity is being monitored, their responsibility will increase,” he continued. “During elections and other processes when they were monitored, the level of objectivity used to get higher.”

Ivanishvili said his NGO will not be large. Currently, there are seven members, including himself. It is still unknown who the other members are, but executive director will be Giorgi Sabanadze, 30. He is a completely new face in Georgia’s public life and has a Master’s degree in social sciences, currently a student at Georgian Institute of Public Affairs (GIPA). This is the university where President Giorgi Margvelashvili used to be rector.

Regarding the name of the NGO, the former PM said he looked at several options and thought that ‘Citizen’ would best fit the goal the organization has of helping the development of civil society.

In November, Ivanishvili left as PM and said he was going to continue working to improve society through getting involved in civil society, and Tuesday was the first time he appeared in public after his resignation. Many had expected that he would choose to finance already established NGOs in Georgia or create a fund for such support; it therefore came as a surprise when he announced the creation of an entirely new NGO.

The businessman promised to present further information about other goals and details soon.