Ivanishvili’s dolphinarium taken over in Batumi

Ivanishvili’s dolphinarium taken over in Batumi 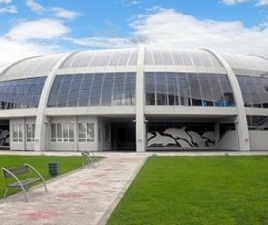 The dolphinarium in Batumi was recently reopened with the help of Bidzina Ivanishvili, but has now been taken over. (IPN.)

TBILISI, DFWatch – Batumi City Council has replaced the director of the local dolphinarium after security guards entered the facility Monday.

The dolphinarium in Batumi was reopened on the initiative of the local government after 20 years of non-functioning. This was made possible by the support of the Cartu Charity Fund, which is affiliated with the opposition businessman Bidzina Ivanishvili.

Monday morning local media in Batumi reported that Security Police [in Georgia, armed security guards is a state monopoly and part of the Ministry of Internal Affairs, called Security Police, ed.] had entered the facility as soon as the order to fire the director was issued.

City Hall told journalists that the director was replaced because the right of management was abolished, but the object remains property of the City Hall.

Netgazeti quotes Natalia Zoidze, former director of the facility, saying that she fears the new director will replace the old employees, which may have a serious influence on this place, as these people are professionals and know their work well. It will be difficult to find people with the same experience.

At a press conference on Monday, the head of Management Service said that they temporarily own the dolphinarium together with the entertainment center Tsitsinatela, which is located at the entrance of the small town Kobuleti on the Black Sea cost.

He says about 150 people may become unemployed. Management Service is one of the companies which was recently fined by the State Audit Service.