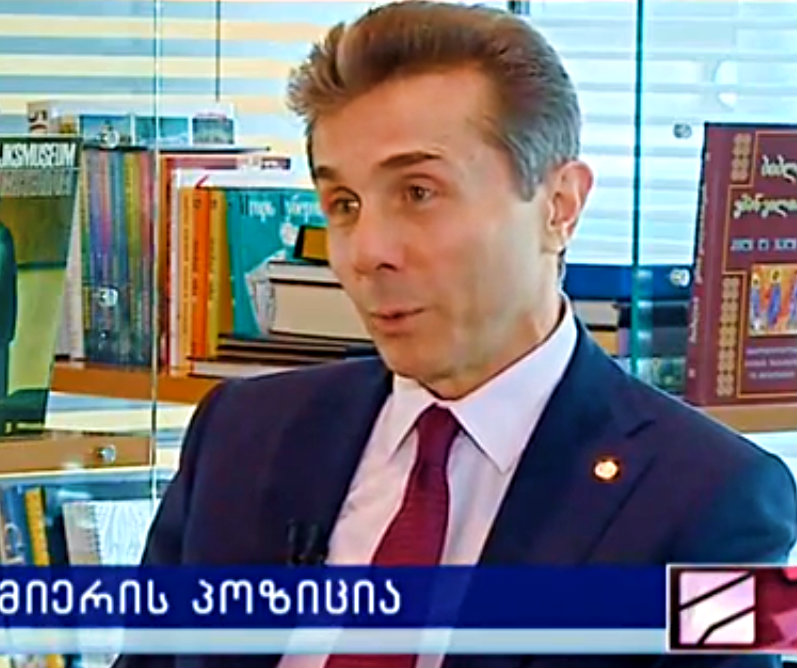 In an interview with the Russian edition of the publication, he explained that he would keep his promise to stay out of politics.

“I guarantee that the government, which I have left, will build real democratic country and will never become corrupt. You will see it,” he said.

But he also made it clear that he is not going anywhere but will remain as an active member of society.

Speaking about Georgia’s relations with Russia, Ivanishvili said that Georgia is ready to restore diplomatic relations with its northern neighbor, but that this is impossible as long as Abkhazia and South Ossetia are occupied.

“We do not plan to reconcile for Borjomi [a Georgian mineral water brand] and wine,” he said. “Abkhazia and South Ossetia aren’t territories for us but people. Our brothers Abkhazians and Ossetians live there.”

The journalist asked him whether he regrets that he didn’t meet with President Vladimir Putin.

“There was no chance for that, but I was ready,” he answered.

In the interview, Ivanishvili said he doesn’t plan to attend the upcoming Winter Olympics in Sochi as it might be incorrectly understood, both in Georgia and in Russia. He said there is no need to attend and he doesn’t think it is important.

“Of course we will participate in it. In ancient Greece, wars were stopped during Olympics,” he said. “We have a small team, but it is important that we participate. This is a good way to reconcile.”

The ex-PM also spoke about his citizenship. He still doesn’t have Georgian citizenship and remains a citizen of France. He explained that when he was in office it was impossible for him to become a citizen of Georgia because he wouldn’t have right to be PM.

“The Supreme Court is reviewing this issue right now, and I think by the end of December my Georgian citizenship will be restored,” he said, adding that each of his family members have Russian citizenship and he can restore it too, but he doesn’t see it as necessary. https://dfwatch.net/ivanishvili-is-still-not-a-georgian-citizen-22308