Ivanishvili sells off his assets in Russia

Ivanishvili sells off his assets in Russia 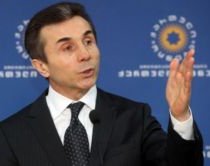 Bidzina Ivanishvili was criticized by the Saakashvili regime for having too much a foothold in Russian business. “It will be interesting to see what they will say when I don’t have any relations with Russia any more,” he says. (Interpressnews.)

TBILISI, DFWatch – Saakashvili’s main political opponent Bidzina Ivanishvili will sell all his property in Russia by the end of May.

The billionaire said this after it became public that his shares in companies in Russia were already sold. According to Forbes magazine, Ivanishvili had a fortune worth USD 6.4 billion in 2012.

Ivanishvili spoke about his plans to sell property in Russia in October, when he declared his goals to become a politician.

At the time, the government was making statements that he owns property in Russia, and considering this, his being in politics is dangerous.

In December, Ivanishvili stated that his assets in Russia are in agriculture, real estate and the construction business. He also has share in Gazprom, Russia’s largest company and the largest gas distributor in the world. In December, businessman also said that his one per cent share in Gazprom has decreased and the rest of the shares will be sold.

On May 10 the webpage of Bank Russian Credit, which is among the largest investment banks in Russia, published information that the bank was sold.

According to this information, the bank was purchased by a group of individual businessmen from Company Unikor, which manages Ivanishvili’s assets. It was purchased for USD 352 million. The plan is to end this deal by September 1.

There is no information about how the shares were distributed among purchasers. On May 12, Russian media reported that Bidzina Ivanishvili sold the pharmacy chain Doktor Stoletov, which has 414 outlets in eleven regions of Russia.

Imperia Pharma is related to the name of the son of Valentina Matviyenko, former governor of St Petersburg and the current Chairman of the Federation Council of the Russian Federation.

Pharmacy companies A4, Skoraya Pomoshch, A.V.E and investment foundation Hi Capital also wanted to purchase pharmacy network of Doktor Stoletov, but later refused, because the price was high for a non-profitable company.

In January 2012, Russian newspaper Kommersant reported that Unikor appealed to investors with a proposal to purchase the pharmacy chain. According to official information, Doktor Stoletov’s revenue in 2011 was 4.7 billion roubles, while its net loss was 185 million roubles. The chain is expecting 53 million Rubles of net profit in 2012.

Bidzina Ivanishvili confirms the selling of those assets and he also says that by the end of May, all his assets will be sold.

“It will be interesting to see what they will say when I don’t have any relations with Russia any more,” he told journalists.