Inefficient system for releasing prisoners due to illness

Inefficient system for releasing prisoners due to illness 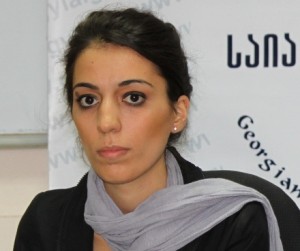 Tamta Mikeladze is a lawyer at Georgian Young Lawyer's Association.

Recent practice and statistics have revealed the extreme severity of the problem of inefficiency of the legal mechanisms that envision release of convicts from imprisonment due to their serious illness, writes Tamta Mikeladze, lawyer at Georgian Young Lawyers’ Association.

In this regard, we should fist and foremost examine international human rights standards. Under Article 3 of the European Convention on Human Rights (ECHR), continuous imprisonment of individuals suffering from serious illness, elderly and/or persons with disabilities may equal to inhumane treatment. Imprisonment conditions may create unbearable conditions for them and therefore, in view of humanitarian goals, a state may be imposed with an obligation to relieve such prisoner from grave consequences of imprisonment or terminate it as promptly as possible, as required by the specific circumstances in the case. Imprisonment of such individuals may not be justified by the goal of protecting society.

Procedure law of criminal justice of Georgia envisages mechanisms for reprieve or an early release for a serious illness. Reprieve is decided by courts, whereas early release of individuals suffering from a serious illness or elderly is exclusively decided by a joint commission of the Ministry of Corrections and Legal Assistance of Georgia (MCLA) and the Ministry of Labor, Health and Social Affairs of Georgia (MOH) (hereinafter, the joint commission). However, practice has demonstrated that the work of the joint commission is absolutely inefficient. The study of cases of deceased prisoners has revealed that despite their serious and lethal health conditions, the joint commission massively fails to make decisions on their applications in a timely manner or to grant requests that are substantiated.

The joint commission is made up of high officials from both ministries; more specifically, its ex officio members are the First Deputy Minister for Labor, Health and Social Affairs of Georgia and the head as well as the deputy head of the medical department at the MCLA.

A convicted individual is qualified for early release provided the illness that he suffers from corresponds with composition of any of the illnesses envisaged by order number N72/m of March 27, 2009, issued by the Minister for Labor, Health and Social Affairs of Georgia. Applications filed with the joint commission for early release of a convict shall contain a photocopy of medical history of the convict and a medical opinion of the doctor on early release of the convict concerned. If the joint commission deems the application admissible, upon a request of the chairperson a team of qualified doctors specializing in corresponding field or a team of doctors, appointed by the chairperson, may be commissioned to examine the medical condition of the person concerned.

Despite the importance of the mechanism in theory, as it was noted above the work of the joint commission is ineffectual and in practice its functioning is basically pointless. Together with the absence of political will, such a practice is the result of legal deficiencies that promote the ineffectual work of the joint commission. Below is an overview of the key legal deficiencies in this regard.

1. Absence of a specific time frame prescribed by law for the joint commission to deliver its decision, including intervals at which the joint commission must be conveyed. In cases of serious illness, time is of essence. Nevertheless, in a number of cases the commission fails to act in any way on applications even after a period of one year. There were cases when the joint commission communicated its negative decision to the convict posthumously.

3. The order of the Minister of Labor, Health and Social Affairs dated March 27, 2003, laying out the list of serious and terminal decease serving as the basis for early release from imprisonment is outdated and inadequate.

In order to turn the joint commission into an effective instrument for protection of human rights it is vital to implement general legislative measures for regulating its work and tackling the aforementioned legal deficiencies. Furthermore, to secure the independence of the joint commission, it is important for other doctors (outside the penitentiary system) to be able to submit to the joint commission their opinion on early release where corresponding grounds exist. Furthermore, examination of the medical condition of a convict concerned by a team of doctors, which serves as the basis for the joint commission’s decision, must be duly provided. It is of essential importance for the members of the team of doctors to be recruited in compliance with transparent, objective and independent principles.